I was able to swing a Friday pass to Comic Con. I'll admit that I spent most of my time there playing D&D in the gaming room because the exhibitors' hall was more crowded than a train car in Tokyo during rush hour... or Mumbai at any given time. I also avoided the major panels for that reason.

The Good: The entire Gaslamp Quarter is involved in the festivities. The Gaslamp 15 movie theater shows movie premieres, the various hotels hold blood drives and exhibits (I donated blood there), and there was a Pokemon Go bar crawl later that night. You can even go to the restaurants and the maitre d' and wait staff will be dressed in superhero outfits or Star Trek uniforms.

The Ugly: I've made my peace with the fact that many non-fans are swarming to Comic Con because it's "trendy." To them, it might as well be the hottest new downtown club. But there's always the chance that they'll become fans by the end of the day. But the people I really can't stand are the folks who are just there for collectibles to resell. They're the ones who wait around the Walking Dead booth for three hours to get a Comic Con-exclusive mini-fig that they won't even enjoy. Collectors create huge lines and deny other attendees the opportunity to buy something the latter will appreciate. They remind me of grown men at baseball games who shove kids out of the way in order to catch a home run ball.

I've toyed with the idea of standing about 20 yards away from the Marvel booth and yelling, "this booth is selling 100 San Diego edition Namor bobbleheads!" just to cause a collector stampede and give actual fans the chance to take their places in line. Maybe I'll do that next year and be the hero Comic Con needs but doesn't deserve.

I also saw a fat, middle-aged dude dressed as He-Man complete with loincloth and no undergarments. Could've done without seeing that.

IronBrig4 said:
I also saw a fat, middle-aged dude dressed as He-Man complete with loincloth and no undergarments. Could've done without seeing that.
Click to expand...

Nah, just kidding. Did you get any D&D stuff? News? Etc.

Didn't get any news. They were just running the Dead House trilogy in the Adventurer's League. They seriously spent 400 man-hours on the miniature set so the board was a three-story mansion. 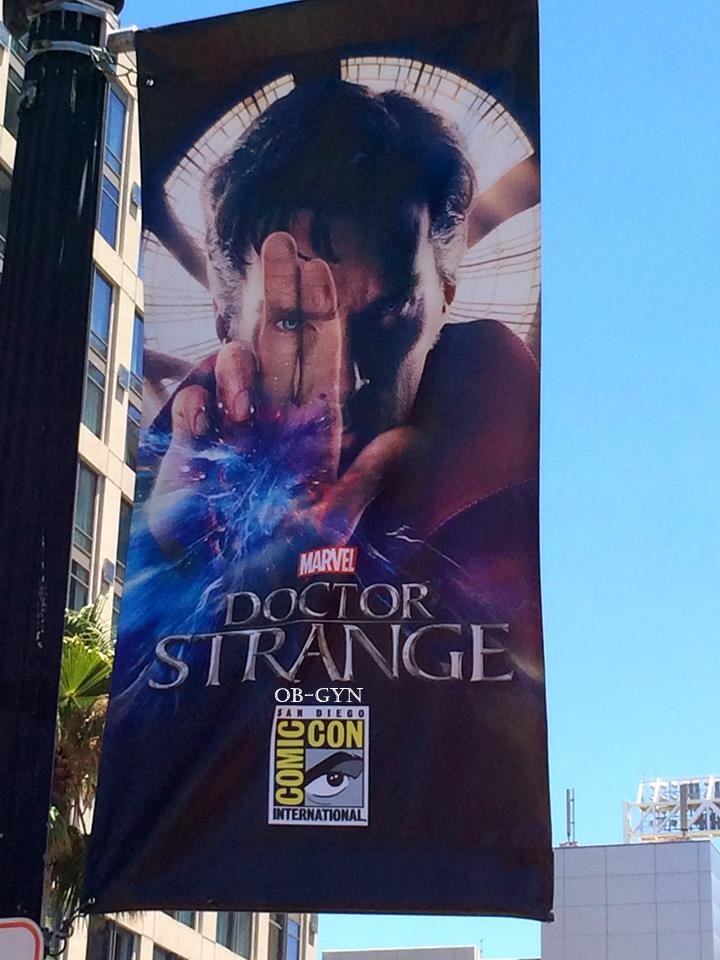 They also had some costumes on display for Rogue One.