So I have 2 cards in my Mac Pro. I've had 2 cards in it since I bought the computer. I have both an ATI card and a nVidia card. Overall, great experience.

My drummer told me the other day that it's bad to have 2 cards from different manufacturers in a computer, that their drivers compete or something like that.

So... is it true? Should I remove the NVIDIA card so my ATI card can really do the hard work that needs to be done for my video programs?

Having developed video drivers for OS X I have a hard time believing that. But there's so much complexity involved from the driver and kernel level to the hardware level (bus contention and sharing, etc) that it's impossible to say without testing. Further, different usage scenarios will favor two video cards, while others will favor one card with two monitors attached to it.

But if there's a difference, it's very likely going to be less than 1% difference - unlikely to be noticed by you.

If it's important, run it for a week on each card alone, and see if you notice anything.

I assume both cards are PCI express?

Yeah, they are. Here's the way it's set up though so not sure if this makes a difference:

I have 2 monitors plugged into my ATI card (which has another slot so all 3 could be...) and the smaller monitor plugged into the NVIDIA card.

For a three monitor setup I think you're going to get great performance this way. If you remove one card you'll get slightly better performance due to not running an extra monitor and driver, but you'll lose a monitor.

I don't think that switching the nvidia for another ATI (or vice versa) is going to reduce your system load enough to offset the cost. It's going to be a very small difference that only comes because the two drivers are duplicating a small amount of effort.

If you have money to spend on a new graphics card, splurge on an SSD first and use that as your editing drive. You'll get far greater performance improvement out of that than you'd get trying to get your video cards to align in terms of driver use.

Well, if I switch all the monitors to the ATI card (which is the better for editing) I can still run all 3. He told me that even having the other card in the machine would slow things down even if no monitor is hooked up to it.

If you think that it won't make much of a difference I'll probably just leave it the way it is. Is this a OSX/Windows thing? He doesn't use osX but knows a bit about windows machines.

You're taking advice from a drummer. Stop that.

I've heard that mixing driver families can give you trouble, but I've only ever heard this from Windows users. It is true that you can run "lean" more easily by minimizing the number of different components you run, but unless the drivers themselves are conflicting with one another, the only potential penalties I see you dealing with would be instability between drivers or the added CPU overhead of another layer of software.

I am thinking this is something that applies more to Windows users since their drivers change so often that making sure Windows drivers always play nice with one another is much more difficult. So long as you see no obvious stability and/or speed issues, I wouldn't worry about it.

Apple exerts an astounding amount of control over the graphics drivers, and typically large chunks of the drivers are written by Apple - they control the hardware, and the software that runs it.

So you should expect less conflicts under OS X than under windows.

But testing is the only thing that will give you any real confidence.

Ravenpoe said:
You're taking advice from a drummer. Stop that.
Click to expand... 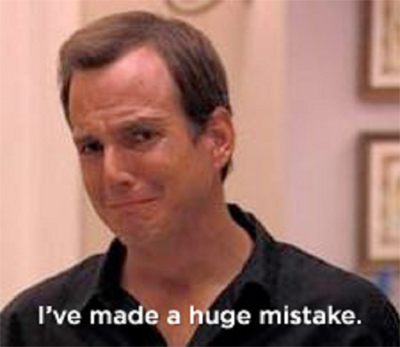 Ravenpoe said:
You're taking advice from a drummer. Stop that.
Click to expand...

What do you call a drummer that breaks up with his girl friend?

Yeah, as stated a few times before, if you were running a windows machine, this would be a huge no-no, but with OS X you should be fine. As was stated, Apple is very proprietary when it comes to drivers.

How do you get a drummer off your porch?