Their latest update seems to address all the concerns.

It was incredibly shady and underhanded of them to tout the Kickstarter as DRM free! when they knew damn well that their deal with Microsoft was going to require DRM of some sort. The non-DRM version is so gimped you can't even download updates for it, you have to download the entire game again every time they update it.

They may have addressed the concerns, but they remain concerns.

i didn't realize they promised the game was going to have automatic or incremental updates. Probably because they didn't.

So, lies of omission then.

It's a little shady, but they haven't LIED about anything.

That said, I'm kinda glad I didn't back that. Then again, I backed Haunts and I may not be even GETTING that one now.

Staff member
I wish Carmageddon would hurry up.

The only thing that I think is shady about the Shadowrun thing is not disclosing why post-Berlin DLC is Steam-only, and that only matters to my sense of fair disclosure.

Everything else doesn't really seem a big deal to me. Non-backers not getting Berlin included doesn't matter to me at all since they didn't back.

SpecialKO said:
The only thing that I think is shady about the Shadowrun thing is not disclosing why post-Berlin DLC is Steam-only, and that only matters to my sense of fair disclosure.
Click to expand...

It seems fairly clear to me, Microsoft won't let them.

We said that post-Berlin Campaign DLC would only be available on Steam but we never said why. We regret the omission. The reason is that our license to develop Shadowrun Returns actually requires that the game and its DLC be distributed under DRM. This didn’t come up earlier because the situation was complicated by the number of parties involved in the license and because the process was “ongoing”. Ultimately, we were able to successfully negotiate an exception with Microsoft for us to provide our Backers with a DRM-free version of the Kickstarter rewards (specifically the game and the Berlin Campaign) but that exception does not extend to non-reward DLC. So unfortunately, we cannot sell or give away DRM-free versions of the game or DLC on stores like GoG, and that’s why any future Shadowrun Returns DLC will only be available for purchase on Steam.
Click to expand...

Reverent-one said:
It seems fairly clear to me, Microsoft won't let them.
Click to expand...

I mean they didn't disclose it before the Kickstarter ended. That clarification didn't come until Saturday, months after they had received the pledges, even though they're saying now that they knew this all along.

I'm not all RAAAAR about it, but that's at best a poor handling of the situation and misrepresenting what the ground rules are to backers.

SpecialKO said:
I mean they didn't disclose it before the Kickstarter ended. That clarification didn't come until Saturday, months after they had received the pledges, even though they're saying now that they knew this all along.
Click to expand...

Ah, I see, my apologies.

The thing about that concern is that I don't know if they knew this was going to be the case before the kickstarter ended. From the FAQ,

While the details are still being worked out, we hate draconian DRM as much as the next guy. We expect there will be an account system but it would be primarily used to enable the social elements of the game like mission and character sharing--not to restrict access to the game itself.
Click to expand...

This question was last updated April 23rd, 6 days before the kickstarter ended. My take on this matter is that while the kickstarter was running, negotiations about the license were not complete (given the "details are still being worked out" part of the FAQ question), but they were optimisitic about them. However, sometime between then and now, whenever the deal was finalized, reality proved to be less than their expectations, leading to the current "Post berlin dlc isn't DRM-free" status. This has caused issues for some people who thought their optimism was more concrete and backed them/increased their pledge based on the idea that everything would be DRM free always. I haven't seen anything to indicate to me that they intentionally misled anyone, merely that things that were in flux (and had been stated to be in flux) changed to non-optimal final conditions.

Yes, but there's a big difference between "we expect an account system" and "we're still negotiating for the license with Microsoft and we can't say for sure at this time what restrictions they may add to distribution".

True, it's clear they at least were not as explicit and detailed as they could have been, but that's something that can easily be done unintentionally. It's entirely possible that they were totally honest in their expectations, but their expectations merely turned out to be wrong. Short of other information, I'm not personally going to conlcude that they were intentionally dishonest though. Hopefully they, and other kickstarter groups, learn from this to be more pessimistic/speak in non-committal terms about anything heavily influcenced by outside factors. To my understanding they are refunding anyone who finds the current situation unacceptable, so no one who cares about the matter should be harmed in the long run (other than having some crushed hopes).

That's absolutely possible, and probably what occurred. But the details here are important, because they set radically different expectations. I won't be affected, because I'm just going to use Steam anyways, but given the prominence of the "DRM-free!" talk on the original page, they really should have been much clearer.

Good to know they're honoring refunds though. That's the right thing to do.

This one looks really neat. It's a horror game where you play the role...of a two-year old. I might pledge to this one, myself, soon enough.
Last edited: Jun 7, 2014

This one looks really neat. It's a horror game where you play the role...of a two-year old. I might pledge to this one, myself, soon enough.
Click to expand...

Where's the shit yourself and cry button? Not because you play a 2-year old, but because that's what every horror game I play needs.

It's basically becoming my MO to get behind these kinds of KSs.

Prepare for invasion! Robotech® RPG Tactics™ is a fast paced strategy battle game that expands on the popular Palladium role playing game. Take command of the brave men and women of the United Earth Defense Force to valiantly defend Earth from annihilation. Or, command the alien armies of the Zentraedi Armada to recover an alien artifact of immense power and enslave humankind. Collect your forces from an expanding range of world class game pieces. Relive the massive battles on your tabletop at home to enhance your Robotech® RPG adventures or as a stand-alone game.
Click to expand...

The Tale of Alltynex, a japanese doujin (indie) shoot em up trilogy is finally being localised.

Nyu Media, a small company based in england, has already brought a few doujin gems to the west.

They are bringing the Trilogy "Tale of Alltynex" to the west. They're trying to get greenlighted in Steam and even started a Kickstarter project.

The kickstarter was funded successfully in a day, so there will be definitely a digital download of the games. Now, the thing is... If a stretch goal of 28k $ is reached, there will be a physical copy of the games, including a 82 pages guide book and the soundtrack to all the games on disc...

So, please help this project to reach 28k and get some physical copies (and goodies) of the coolest doujin-stgs ever made!

Maybe if one or two people who have way too much money on their hands could pledge in the 10'000 $ bracket... Now THAT would be quite a wondrous sight to behold.

Since you called it a shoot em up rather than a shmup, I will look at that Kickstarter.

Hehe, thanks Frank. I got the game "Alltynex Second" in it's japanese version, and it's really good. Astounding production values for an indie game that has been made by only 3 people.

I really hope for the 28k stretch goal to be reached: backers from 45$ upward will then receive a physical Limited Edition... It would be just lovely to get such a great piece of STG-gaming history in a physical form.

I missed our forum medic.

I hope nobody died because of my absence.

Andi said:
I hope nobody died because of my absence.

ThatNickGuy said:
I did. Twice. Jerk.
Click to expand...

Those were just healing comas. 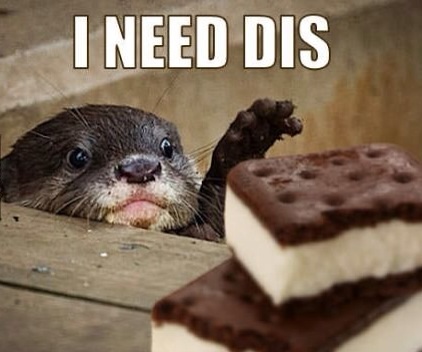 Why is it affecting faux-minecraft/Ace of Spades graphics when it isn't actually voxel based?

The dev blog says it's voxel-based.

Then the dev blog contradicts the FAQ area where it describes custom home design as being done via entire walls at a time.

Does that preclude it from being voxel-based, though?

drifter said:
Does that preclude it from being voxel-based, though?
Click to expand...

Voxels would be an extremely inefficient paradigm to use in such a situation, when such a dynamic could be done with polygons for much less computing power. The point of a voxel based sandbox is the ability to work block by block. If that's not enabled, it makes it... well... pointless to have voxels.

GasBandit said:
If that's not enabled
Click to expand...

That should be your question. Just because there are easy build options doesn't preclude there being more advanced, block-by-block building options as well.

Not exactly a high end game, but it speaks to my old school simplistic gamer. It's not exactly kickstarter but the demo was enough to make me fund it ($8? I spend more than that on a combo at a fastfood joint). Really fun little time waster.
Show hidden low quality content
You must log in or register to reply here.
Share:
Reddit Pinterest Tumblr WhatsApp Email Link
Top