At&T just offered me and my wife a free AT&T microcell to keep us from leaving. They offered it because we get zero cell reception in our apartment, which is... inconvenient.
Anyone using one? Heard anything about them? Reviews seem to be very good for them. I asked the guy if there were any extra charges and he said for our rate plan there would be none. So this seems like a good plan, thats really the only issue we've had with AT&T so... with the microcell I can't find a great reason to leave and go to verizon.

Staff member
We've got one, and it helps, but it still doesn't cover our whole house (though that's partially because of where my dad chose to put it, since it's supposed to be near a south-facing window to get GPS data for initial setup). My parents just got new iPhones, but they're out on a trip, so I'll let you know what the reception is like with those once they get home.

In my room, and everywhere else in the house I have my phone, I get great reception. My mom still complains of dropped calls in my parent's bedroom, but that is as far away from room the microcell is in as you can get.

My mom was worried about it not picking up phone calls when you come into range. If you start on the microcell and leave, it will transfer to cell towers, but it won't switch to the microcell if you arrive home. (This makes sense since you don't want phones trying to use every microcell they pass randomly.) In reality, I don't think this has ever been a problem, it's just not that often that even my mother is on a call as she's pulling into home.

If they offered me a free one I'd take it - as long as I didn't have to sign a new contract. As it is I'm probably going to be switching to verizon this summer when the next iPhone comes out anyway. AT&T loses on traveling (which I don't do often, but when I do I want my phone to work) and it loses in my basement. Verizon has no problem with my basement, apparently, and obviously wins in terms of nationwide coverage.

There are a lot of spots along the freeway that I couldn't get data from AT&T on my roadtrip two years ago, but sprint and verizon were fine with both voice and data.

But I suspect I'd have to sign at least a year contract to get a microcell, and I'm not too happy with the idea that I'm using my internet service to cover an area that they should have good coverage for - they are patching a hole in their wall with services I'm paying for, and further they will serve other customers using it if/when they can.

My office is in a valley (strike one), and it is built like a concrete bunker (strike two). My company did not get AT&T signals in the office so they threatened to move to another carrier and AT&T added a larger version of a microcell, so they would not lose 100 customers.

The internet performance is the best 3G connection that I've ever had.

So it sounds like overall it's a good thing. This pleases me.

The biggest handicap is that the microcell uses your household broadband connection to provide phone service. What this means is that you end up paying twice for any cell data (once for your ISP, then again for your phone service) and that all your phone calls/phone data end up counting against your ISP's data cap (if you have one).

Do you have a smartphone? Connect your phone to your home wifi network. Now install skype, or any other voip program.

Congrats, you now have all the benefits of a microcell, along with all the drawbacks, without actually needing one.

PatrThom said:
The biggest handicap is that the microcell uses your household broadband connection to provide phone service. What this means is that you end up paying twice for any cell data (once for your ISP, then again for your phone service) and that all your phone calls/phone data end up counting against your ISP's data cap (if you have one).

Data cap is like 200 gigs so no worries there, I just want to be able to get a damn phone call in my apartment.

Ravenpoe said:
Do you have a smartphone? Connect your phone to your home wifi network. Now install skype, or any other voip program.

Congrats, you now have all the benefits of a microcell, along with all the drawbacks, without actually needing one.
Click to expand...

Yeah... we looked into Skype stuff and I'll be honest, I'm not terribly impressed with options like these. Maybe they work for some people but I want to be able to make and get regular phone calls on my telephone, not have to jump through all the Skype hoops just so my employee can call me to ask where "x" is. Good on you if it works for you, I just don't think it's a good fit for us. Plus, I'm not paying for the microcell so I'm not really seeing any drawbacks at this point. It's free, we don't have a low data cap so it won't affect that, etc. Other than a few buggy things I've read about online it seems like a good deal.
Overall we've actually been pretty happy with AT&T, it's just been in our place that we've had issues so I'm not against staying with them.

Ah, I missed where you said it was free. And they're not making you re-up a contract? Well, no drawbacks then.

For the record though, I don't have to use skype, because I have Verizon, and it works even in the back woods of my home. Not that I'm biased or anything.

Wait, are you not going to have to sign a contract? I'd do it in a heartbeat if it didn't cost me anything and if I didn't have to sign a new contract...

That was the plan.

Ready for some real fun? Buckle up for further adventures of the worlds worst customer service!!!

So I spoke with Hector on Wed. Super nice, he is the one who offered the Microcell so that we would stay with ATT. I asked if I could talk with my family and make sure they wanted to stay with ATT. He said go ahead and scheduled a callback today so we could set everything up if I chose to stay with ATT.

So a DIFFERENT ATT rep calls me a few minutes ago. Juan. He says he's calling because I set up a technical support call.
I tell him no, that is NOT why this call was set up and describe my conversation with Hector.
He tells me he is happy to do a technical support call to try and fix my reception problem.
I tell him I'm not interested in him doing that and that the only reason I made the original call in the first place was to find out when we could leave ATT and it's only the offer of a free microcell by Hector that would entice us to stay with their crappy company.
So Juan replies to this saying, he would be happy to set up me purchasing a Microcell for $150 dollars.
Again, I tell him about my conversation with Hector and that I'm not interested in buying anything from AT&T.
He says he cannot give the away.
I again remind him of my conversation with Hector who, once I tried to cancel my service, offered it to me for free so we would stay with AT&T.
Then I chewed him out for one of his reps telling me one thing and making promises and the other rep either lying to me or not following through. Then I gently reminded him that I can't lose here, if he gives me the microcell I get calls and ATT gets my money, if they don't I take my 4 iPhone plans to Verizon and I get calls and Verizon gets my money.

He promises to call me back in 20 minutes after talking with his supervisor.

He promises to call me back in 20 minutes after talking with his supervisor.

Seriously. You give me a 150 dollar thing and you get 200+ dollars a FREAKING MONTH from me from now until forever.

Or you don't give me a 150 dollar thing and you get NOTHING.

The thing is, I don't care. I'm happy to go to Verizon. 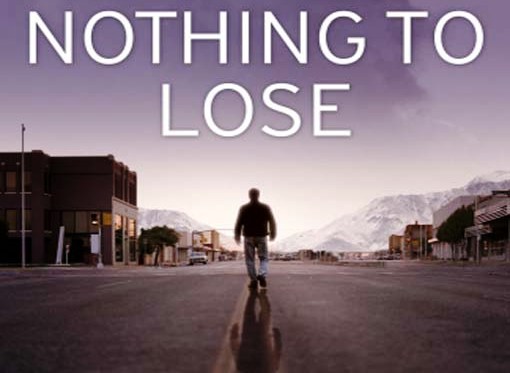 As a customer, your biggest weapon is the word, "no".

Oh man, it gets better.

So Juan told me that Hector couldn't call me because he was sick, right?

While I'm on hold with Juan HECTOR CALLS ME.

The microcell is on it's way.

End of story. I should feel victorious but for some reason the whole thing made me feel dumber.

That's some weapons-grade incompetence right there. Congratulations on at least getting the original offer to follow through.

Wow, that's just sad. At least you've got the microcell on the way. Sounds like Juan was trying to get the bonus for convincing a canceling customer to stay.

Man, no idea. It was NUTS. The best part was no contract on the microcell. PFff. I could quit ATT tomorrow and they couldn't do anything. Crazy. Honestly though, after all those calls today I freaking earned that microcell.

I've actually worked in customer service for a cell company. I totally would not recommend it at all. second worst job I had other than a terrible collection agency I worked at.

Bowielee said:
I've actually worked in customer service for a cell company. I totally would not recommend it at all. second worst job I had other than a terrible collection agency I worked at.
Click to expand...

Oh man, I believe it. The things that sucks is that I'm sure Juan is a good guy, hell, even Hector had NO idea why he was calling me so I'm guessing it was a corporate computer thing (thats a technical term people).

It sounds like the callback got flagged incorrectly as tech support callback. If Juan was with tech, they don't have the retention authority (giving away free shit) that the customer service reps do.

He was actually just a CS rep, he just wanted to try some basic stuff THEN schedule me a tech support call.

You may have thought he was a service agent that could help you.