For weather related stuff that probably doesn't deserve its own thread.

Tropical Storm Karen
The 5 am EDT Friday wind probability forecast from NHC put Karen's best chance of becoming a hurricane as a 23% chance on Sunday at 2 am EDT. This is down from the 41% odds given in Thursday afternoon's forecast. ... We don't have much skill making hurricane intensity forecasts, so I wouldn't be surprised to see Karen do the opposite of what the models predict, and decay to a weak tropical storm just before landfall, due to strong wind shear. In any case, residents of New Orleans should feel confident that their levee system will easily withstand any storm surge Karen may generate, as rapid intensification of Karen to a Category 3 or stronger hurricane has a only a minuscule probability of occurring (1% chance in the latest NHC forecast.)

"Most significant fire weather threat across Southern California in past 5 years as strong Santa Ana wind event unfolds. In addition to the strength of winds being projected...the concerns with this event include the widespread nature and long duration of Santa Ana winds...very long period of single digit humidities...and extremely dry fuels approaching record levels. Red flag warnings are in effect for much of Los Angeles and Ventura counties overnight into Sunday. The onset of the offshore winds are expected to begin across the mountains by late evening...then descend into the lower elevations overnight. The peak of this Santa Ana wind event will likely be late tonight through Saturday morning...with the strongest winds focused across Los Angeles and Ventura counties."

A blizzard and a severe weather outbreak in the Midwest
The same low pressure system that is expected to turn Tropical Storm Karen to the northeast this weekend is hammering the Midwest with a variety of extreme weather today. Blizzard warnings are flying in Wyoming, Nebraska, and South Dakota from the storm, and a significant outbreak of severe thunderstorms with a few tornadoes is expected over much of Iowa this afternoon.

Wunderground weather historian Christopher C. Burt has done some research to see the last time a blizzard, major severe weather outbreak, tropical storm, and extreme fire danger all threatened the U.S. at the same time, and has not been able to find such an event in past history.

It is October 4th. It will be 90 degrees today.

They have Tornado watch for the western 1/4 of Oklahoma today/tonight. 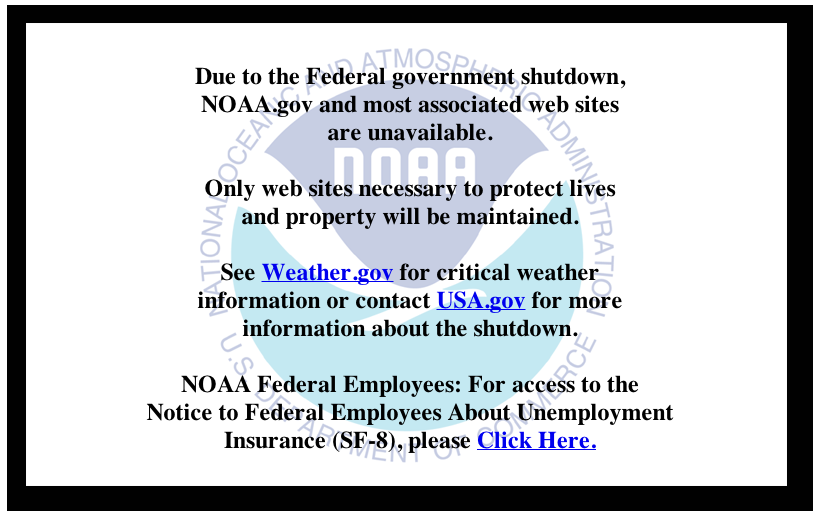 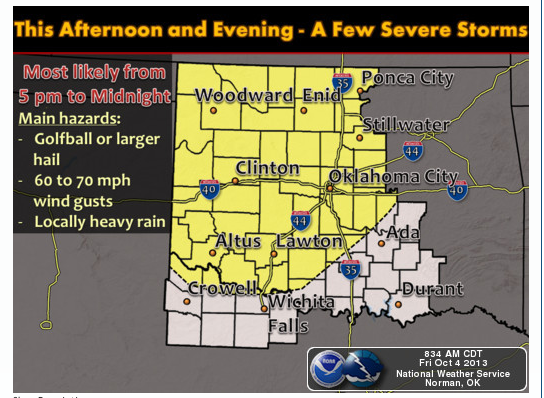 OP's stuff is significantly weirder than the pain in the ass 40 degrees in the morning, 89 in the afternoon that we're getting in my area, but mine's still weird.

Staff member
90 as usual in Texas. Though we've been getting lots of rain this week, which is unusual. Nice. But unusual.

It doesn't matter, as long as it waits until Sunday to snow in this fucking city. Sunday. JUST WAIT ONE MORE DAY.

The rest of the province is getting covered in snow.

LET THE ROOFERS FINISH MY ROOF.

Dear lord this is the hottest October week I have ever dealt with. And I'm in freakin' Jersey!

We're normal+10 over in MI, too. And we have lakes around us to buffer everything.

The roofers are almost done and it's threatening to rain. HOLD OFF MOTHER FUCKER!

I work emergency calls for an energy company that serves the South Dakota area. This has not been a fun weekend so far.

And we have Tornado warning in Philly, which if you don't know is just a stones throw away from South Jersey. Stupid misleading nice weather.

GasBandit said:
90 as usual in Texas. Though we've been getting lots of rain this week, which is unusual. Nice. But unusual.
Click to expand...

Since cds doesn't want to we should go shooting one day, gas!

CrimsonSoul said:
Since cds doesn't want to we should go shooting one day, gas!
Click to expand...

I do enjoy a good skeet shoot. I haven't been honest to god hunting since I was a teenager.

I need a shotgun

CrimsonSoul said:
I need a shotgun

I have two pistols that I use and an AR and then I have 2 rifles and a revolver from the early 19th late 18th century from my grandparents but no shotgun
Click to expand...

Then let me recommend to you the Mossberg Maverick 88. I managed to pick one up with an 18 1/2" barrel (shortest you can legally get, also available in 28" suitable for hunting) for just over $120. Despite being so inexpensive, it's an excellent short shotgun suitable for trap shooting and home defense. Uses 12 gauge shells of your choice of load (I can get 7 full size shells in the magazine no problem, +1 in the chamber), and the pump action has never jammed on me even once. Easy to disassemble and clean. The only drawback some people might point out is that the stock and pump handle are plastic ("Polyesthic") and non-interchangable, but it isn't a problem for me.

Frank said:
The roofers are almost done and it's threatening to rain. HOLD OFF MOTHER FUCKER!
Click to expand...

So what happened? Success? Or rain + no roof?

Roof shingles replaced successfully and then it rained.

Nature heeded my call like a well trained dog.

Frank said:
Roof shingles replaced successfully and then it rained.

Nature heeded my call like a well trained dog.

"Sorry Frank. Everybody gets one, and you had yours." - Nature

This isn't current news, but when I first moved to Toronto years ago, we had something I'd never experienced or even heard of before:

A thunderstorm during a snowstorm. The city was getting heavily with a major snowstorm and that evening, I saw lightning flashes and heard booms of thunder. Never even knew that was a thing before.

ThatNickGuy said:
A thunderstorm during a snowstorm.
Click to expand...

I think that kind of weather is pretty much only in the vicinity of the great lakes (in NA anyway).

Frank said:
I think that kind of weather is pretty much only in the vicinity of the great lakes (in NA anyway).
Click to expand...

We've had it here in south-central Wisconsin.

@Ravenpoe and @Officer_Charon , I hope all your hatches are battened -- it looks like you have that oddball tropical storm to deal with over the next couple of days.

evilmike said:
@Ravenpoe and @Officer_Charon , I hope all your hatches are battened -- it looks like you have that oddball tropical storm to deal with over the next couple of days.
Click to expand...


Pfft, as a Floridian I don't even get out of bed for a tropical storm. Call me when it's a hurricane.

Ravenpoe said:
Pfft, as a Floridian I don't even get out of bed for a tropical storm. Call me when it's a hurricane.
Click to expand...

Hey, you're center state. I thought you might be a little soft.

evilmike said:
@Ravenpoe and @Officer_Charon , I hope all your hatches are battened -- it looks like you have that oddball tropical storm to deal with over the next couple of days.
Click to expand...

As if I didn't live in Florida too

Terrik said:
As if I didn't live in Florida too

OC lives in Georgia, but that's besides the point. Really, mike was just listing the forumites that matter.

Terrik said:
As if I didn't live in Florida too

I didn't mean to discount you -- I misremembered where you live. I was thinking you were in Cape Coral and well south of the main storm. (Not that this that serious of a storm anyway.)

The strangest weather story that I ever read about.

Tropical Storm? Psh I still work outside in those on the coast of Texas

@Terrik any problems from the storm?

evilmike said:
@Terrik any problems from the storm?
Click to expand...

He lives a bit south of it.

Staff member
Terrik sent me pictures of the flooding in his area, and apparently now there are tornado warnings and a watch in effect until 11pm.

I really wish my phone would stop buzzing to alert me to a hurricane warning.