Staff member
I do have Hades - it’s great. I heard there’s going to be a Diablo 2/3 special pack when Remastered drops, so I’m going to get that.

Torchlight 2 looks good. I think I’ll give it a try.

Do you love rpgs? How about rpgs that don't have any combat? I swear I'm going to convince someone to play Disco Elysium one of these days.

Zappit said:
Torchlight 2 looks good. I think I’ll give it a try.
Click to expand...

Torchlight 2 IS good. I don’t know how good the story is (because I’ve never finished the whole storyline), but the gameplay is great.

Staff member
I tried torchlight 2 years ago, and got bored of it very quickly, unfortunately.

GasBandit said:
I tried torchlight 2 years ago, and got bored of it very quickly, unfortunately.
Click to expand...

Didn't you say the same thing about the Diablos?

Ravenpoe said:
Do you love rpgs? How about rpgs that don't have any combat? I swear I'm going to convince someone to play Disco Elysium one of these days.
Click to expand...

I second the recommendation for DIsco Elysium. It's not your average RPG, but it's fantastic.

Not an RPG, but what are your thoughts on farm games?

Squidleybits said:
Not an RPG, but what are your thoughts on farm games?
Click to expand...

PatrThom said:
Didn't you say the same thing about the Diablos?

Mmm, no, I think that must have been someone else. I never really played Diablo after the first one.

You read my mind.

GasBandit said:
I never really played Diablo after the first one.
Click to expand...

I thought you had tried D3 but had "Bleeeaahhhh NOPE"'d out of it in a couple weeks or even less.

Squidleybits said:
You read my mind.
Click to expand...

I just assumed Stardew Valley was a given with the Switch.

PatrThom said:
I thought you had tried D3 but had "Bleeeaahhhh NOPE"'d out of it in a couple weeks or even less.
Click to expand...

Not I, I just never got around to trying it. I don't remember why. Maybe because of the stink with the real money auction house or something? I don't know, that was DEEP in the before-fore time.

GasBandit said:
I tried torchlight 2 years ago, and got bored of it very quickly, unfortunately.
Click to expand...

I’m playing it now. I’m liking it so far, though it’s a bit of a chore finding my way around.

It's a fairly big map, yes.

Staff member
Eight days until surgery. I had my final pre-transplant meeting yesterday. Poked, prodded, ten vials of blood, Covid shot #3... It was a LONG day.

All will be well!

Staff member
I was supposed to have my surgery today, but the team delayed it. Monday afternoon, they tell my mother they want to test her for bladder cancer. They don’t want to take any chances because she already had breast cancer, but nothing can go forward until that test gets done. They haven’t even scheduled it yet...

Staff member
Test is done, and there’s no cancer! The transplant is back on! Date TBD.

Zappit said:
Test is done, and there’s no cancer! The transplant is back on! Date TBD.
Click to expand...

We had to redo the final bloodwork labs since the surgery was delayed, and my mother’s platelets were low. Could have been her rheumatoid arthritis. Could have been the fact that they’ve taken nearly FIFTY vials of blood in less than a month.

The transplant advocate called yesterday afternoon. Fuck, fuck, fuck - this is almost exactly what happened last time. My mother needed to get her platelets retested, if they were too low, we would have to delay again.

We immediately hit Google to try to figure out how to raise platelets fast. Turns out raisins are a food that can do that. We had a big bag of Raisinettes in the house. My mother hit that bag HARD, and the bloodwork today shows platelets at normal levels. Holy shit!

We are still on for Monday, and there’s no more obstacles! This is finally going to be it!

You get through this, you need to buy stock in Sun Maid.

Staff member
Waiting to go to the OR now. My mother is already in surgery to remove the kidney. It’s happening!

Toitoitoi! Break a leg! And all of that!

Sending all the good thoughts/vibes your way that everything goes good for everyone involved. 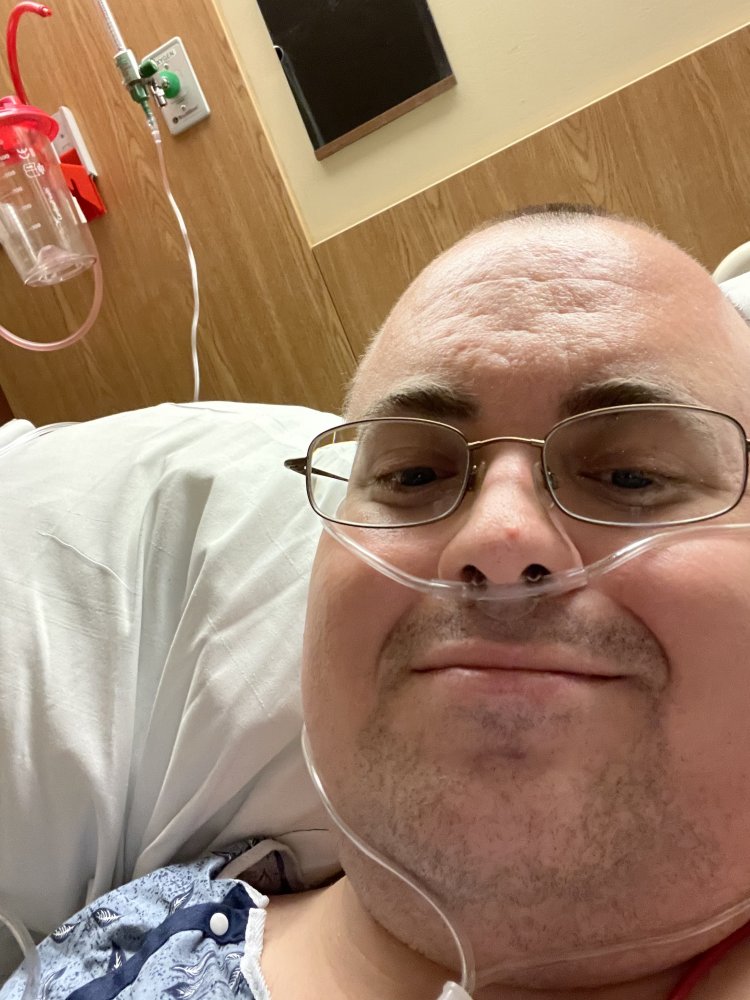 Can’t wait to hear you tell the tale!

PatrThom said:
Can’t wait to hear you tell the tale!

When I’m up for it, I’ll post a full story. Probably tomorrow, because WOW, what a difference a healthy kidney makes!

Staff member
Had my first visits from the doctors this morning. The new kidney is functioning very well. My creatinine has come down, I’m producing a lot of urine, and the blood flow is great, too. One of the surgeons said this is up there with their best transplants.

It’s also probably going to be the most painful day. The pain meds they injected into my belly will fully wear off, and then it’s just oral painkillers. They’ve already had me up on my feet and put me into a chair - that movement is good for the new kidney - speeds up healing. I’m getting to eat today.

They were checking on me every hour last night, which kept me from sleeping last night; I’m worn out.

Man, that must piss you off.

Man this thread has been going on for 6 years. Congrats and I hope this is the beginning of a normal life for you.
Show hidden low quality content
You must log in or register to reply here.
Share:
Reddit Pinterest Tumblr WhatsApp Email Link
Top