Quick, someone ask him how they're different!

@Li3n said:
Quick, someone ask him how they're different!
Click to expand...

One is mostly used by republican voters, the other by democratic voters.

Yeah, that was rhetorical.

It's literally the same except absentee you request.

Ravenpoe said:
Those people are dumb, but there is a reason to keep demanding change even if a little is being made. Well meaning centrists talk about baby steps, but baby steps aren't made with the intention of only having baby steps. They happen when trying for full blown long striding improving the lives of people steps
Click to expand...

Oh, I totally get that. Let's say you *want* medicare for all. You advocate for it and support candidates who support it. So, when your favorite candidate doesn't make it, but someone comes along and says "Well, let's expand medicare, but not quite that much" you take him. You've achieved a step toward your goal. The more moderate guy will swing more votes and be more likely to inch society as a whole closer to the goal.

You don't go "I can't have medicare for all? Well then fuck your expansion. I'm voting for the guy who's stealing medical supplies from the states and wants you all to die for the economy." Those are the people I totally don't understand.

I'm old. I've seen the NORML folks go from being perceived as unwashed hippies you'd be embarrassed to admit you know to seeing a president admit to having smoked weed and seeing marijuana legalization sweeping the country. I know all about incremental change.

As of now we're losing more people to COVID-19 per DAY than we did on 9/11. And that orange ghoul is demanding praise for how he's handling this.

If anyone is undecided or needs to be "won over" in the face of this, then they're the problem. Put your MAGA hat back on or fuck off back to Russia and report to Putin that we're on to you.

DarkAudit said:
As of now we're losing more people to COVID-19 per DAY than we did on 9/11.
Click to expand...

That's just what teh Media would have you believe. Orange ghoul says he has everything under control, and he's the President of Twitter and everything.

That rating... I don't know why anyone would think you are serious.

I think "the thing" they're referring to is signing his posts "--Patrick."
B

blotsfan said:
I think "the thing" they're referring to is signing his posts "--Patrick."
Click to expand...

True, it's something I do a lot.

Krisken said:
That rating... I don't know why anyone would think you are serious.
Click to expand...

Me being in a very bad mood at the time.

DarkAudit said:
Me being in a very bad mood at the time.
Click to expand...

Bernie has endorsed Biden, but the Bros and the "Democratic Socialists" continue to jerk off on twitter.

Staff member
I said a long time ago that should happen. And Dave's right again.

Dave loves it when Bernie Bros jerk off on Twitter.

DarkAudit said:
Bernie has endorsed Biden, but the Bros and the "Democratic Socialists" continue to jerk off on twitter.
Click to expand...

You're weirdly bitter about this.

blotsfan said:
You're weirdly bitter about this.
Click to expand...

What's weird about getting mad at dudes who continue to be assholes even the face of a global catastrophe?

Constantly calling Bernie supporters bros is a pretty shit way to be considering he has more women supporting him than men.

DarkAudit said:
What's weird about getting mad at dudes who continue to be assholes even the face of a global catastrophe?
Click to expand...

And that was before the Coronavirus stuff!

Frank said:
Constantly calling Bernie supporters bros is a pretty shit way to be considering he has more women supporting him than men.
Click to expand...

Bros are a specific subset of Bernie supporters, which tend to be toxic white boys.

Dei said:
Bros are a specific subset of Bernie supporters, which tend to be toxic white boys.
Click to expand...

They are basically the ones that spoil the punch bowl, and honestly, I wonder how many of them were actually supporters. It's so hard to know who actually supports Bernie and who is just a Trump account with a new burner gmail that talks up Bernie and starts fights just to make most democrats hate him.

I know that is very conspiracy theory but it's hard not to take shit like that seriously anymore in a post-russian bot interference age. Social Media does not have the safeguards to stop it.

You legit can't take Twitter support to mean anything anymore. I'd be unsurprised if over half of it wasn't real.

I am concerned that focusing on a tiny, vocal minority of a candidate's supporters can come across as reductionist and is ultimately counter-productive.

In other words, if you want someone to vote for your candidate, don't give them reason to think you think they are garbage.

Sure, you know that you are specifically referring to trolls on twitter, but it's hard not to hear that as a more widely ranging condemnation of the people who supported Bernie Sanders. As I've posted before, I thought Hilary Clinton lost the election with her "basket of deplorables" speech. She knew that she was talking about a subset of Trump supporters, but it gave a much larger group of voters a chance to wonder "maybe she would put me in that basket too." And it isn't that those people decided to vote for Trump -- it's just that some of them decided to stay home and note vote for Hilary.

I'm not Hillary. I'm just a minimum wage loser in a deeply red state. I don't have to worry that my screaming into the void is going to turn an election. So to put it bluntly, fuck their feelings. If they're going to carry on like it was any other year and ignore what's going on around them, then their feelings *deserve* to be taken around back and curbstomped. The stakes are far too high for them to be kowtowed to. If you want to get rid of the orange thing, there's only one thing left to do, so suck it up and get it done.

Unless they're part of a Russian troll farm. In which case, it's an act of war.

Either way, I don't have the time or inclination to be nice about it. 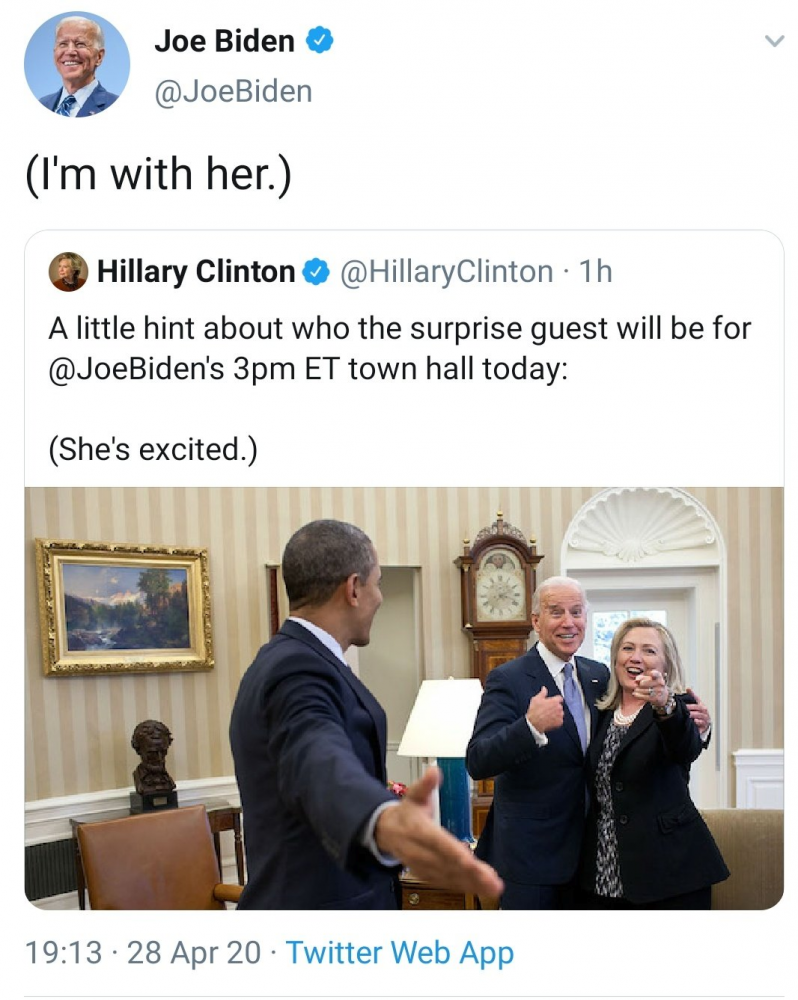 Aw, crap. They're doing it, aren't they? The deaf sunsabitches.

Holy shit, that's a massive mistake if they go that route.

Might as well just hand Trump the election now.

I still feel like they're not that dumb, but I guess I could be wrong.

SOMEbody's gotta have some serious dirt on SOMEone.

I'm clear across the Atlantic and I can hear how wrong that move would be. If they actually name Clinton as potential VP they need a new word beyond "tone-deaf".

She was just there to endorse him. 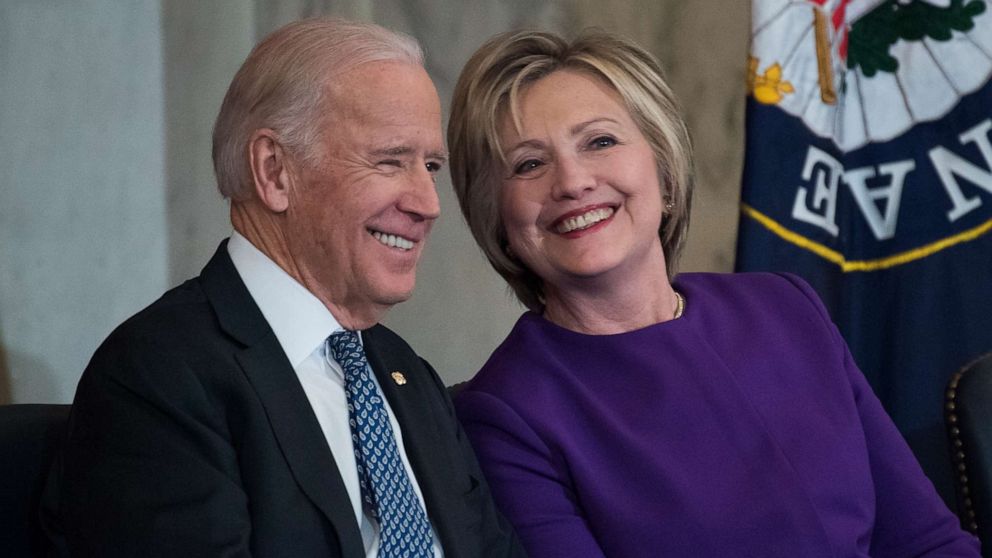 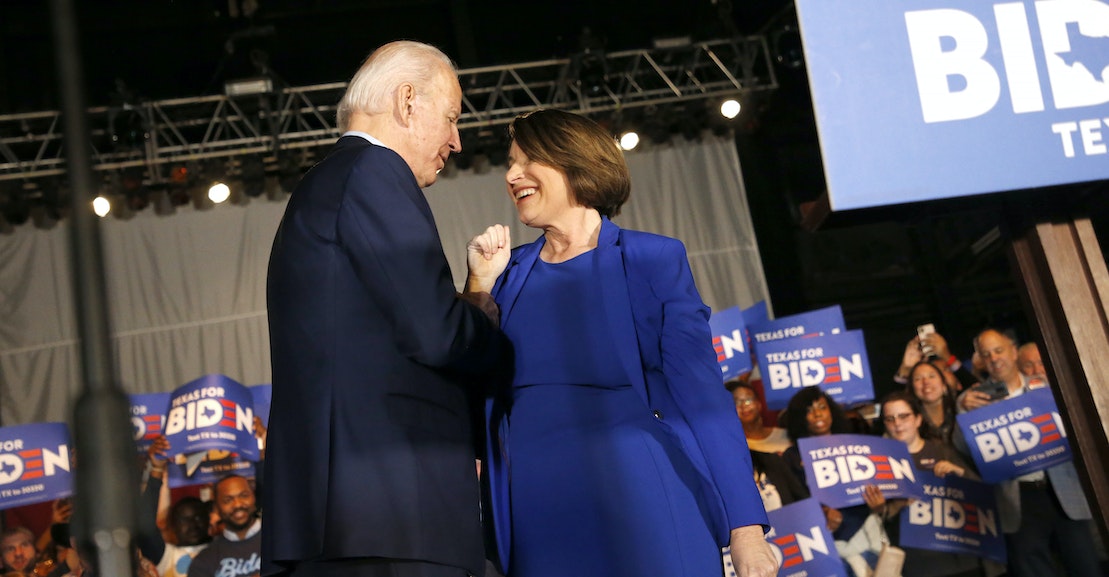 Who Will Be Joe Biden’s Pick for Vice President?

Following that familiar script, Joe Biden is slated to launch by the end of this week teams to do the background research on possible vice presidents, with the goal of narrowing the list of contenders by July.
Click to expand...

you guys are a little high strung sometimes

Tinwhistler said:
She was just there to endorse him.

Who Will Be Joe Biden’s Pick for Vice President?


you guys are a little high strung sometimes

I mean, can you blame us? It's already a shitshow enough with Biden running. Adding Hilary would be even worse. Of course people are worried she'll be his running mate.

Tinwhistler said:
you guys are a little high strung sometimes

We’ve watched the DNC carelessly discharge its firearm several times, and then you haven’t heard anything in a while, but then you see a new picture where they’re waving it around again and announcing, “Hey, everyone! Just discovered there are still two bullets left!” you BETCHA we’re high-strung.