Should've been a Praying Mantis.

It's a 30 minute summary of Season 1 of Goblin Slayer, followed by a 60 minute episode. It's alright. Not sure I care for the newly introduced character. Kinda hope this is the last we'll see of her. 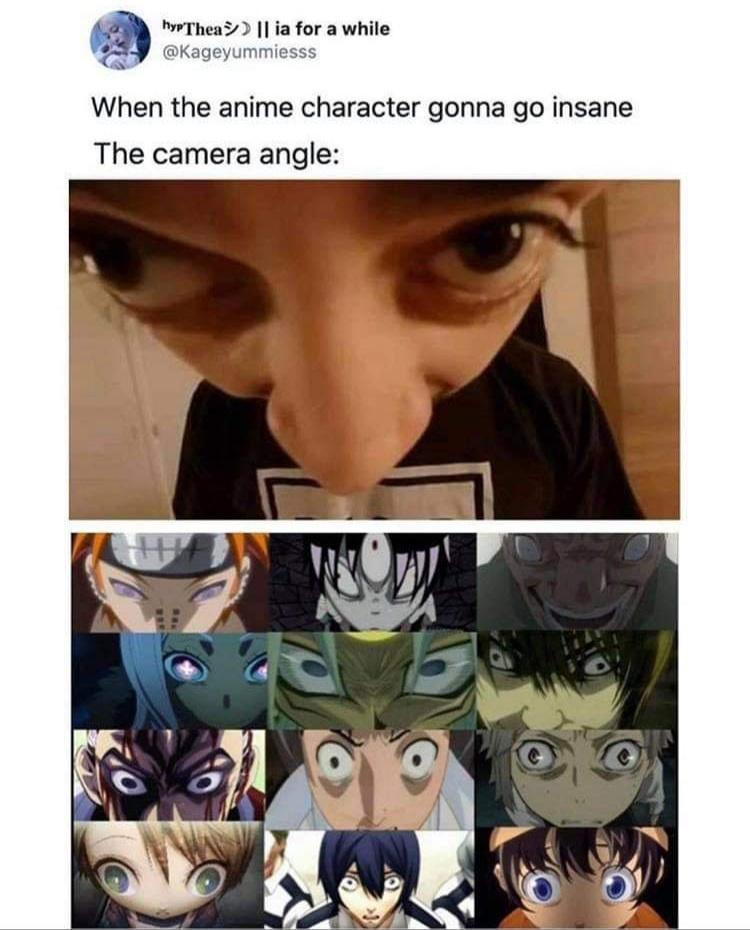 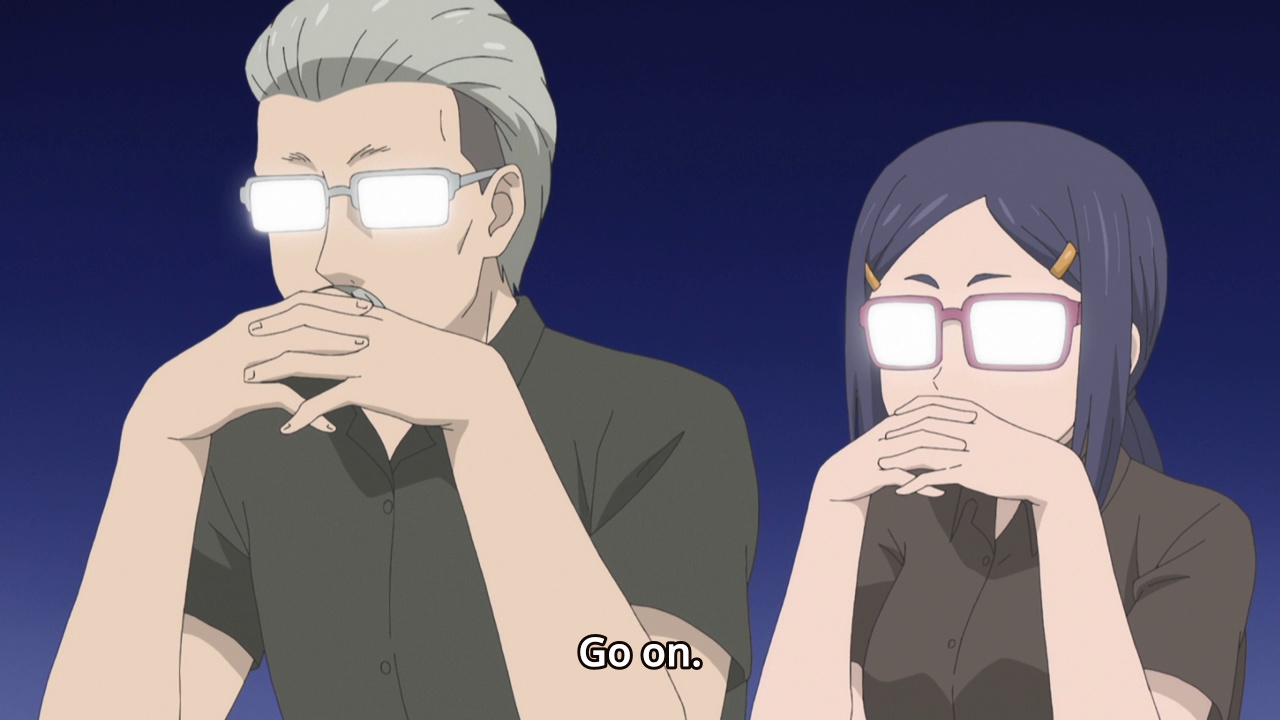 I live so much under a rock that I just learned about the whole Uzaki-chan controversy on twitter and tumblr. WTF is that stupid bullshit.

Staff member
I actually like Deca-dence quite a bit. It's kind of a reversal of the whole "trapped in a game world" subgenre.

On another note, this new trend of having the cast's faces change at the end of the intro just kind of drives the point home that most anime character designs are just Mr. Potatoheads.

chris said:
I live so much under a rock that I just learned about the whole Uzaki-chan controversy on twitter and tumblr. WTF is that stupid bullshit.
Click to expand...

Yeah, it's really stupid. Seems like every year there is some dumb shit for woke people to virtue signal about in anime. Like the shield hero controversy or whatever else. I find its just easier/better/healthier to disregard Twitter entirely. And not just in this topic.

Word of God is the song's valid all month. So let's dance.

My wife called me weird a little while ago.

I told her "I don't see much different between this and Dragonball Z, except this one has all the power in the butts and boobs, so it's already infinitely better."

Is it wrong that I want deep harm to come to the grandmother in Millionaire Detective?


"It's only natural for a parent to want to protect her child." Bitch, your 'child' has murdered no less than FOUR people, including the mother of your grandchildren. And you knew. Fuck you and your making tea and looking sad.

DarkAudit said:
Is it wrong that I want deep harm to come to the grandmother in Millionaire Detective?


"It's only natural for a parent to want to protect her child." Bitch, your 'child' has murdered no less than FOUR people, including the mother of your grandchildren. And you knew. Fuck you and your making tea and looking sad.
Click to expand...

Sounds like a typical episode of "Midsomer Murders" to me.

Just throw the freakin’ flashbang at the monster already, Wade!

Re: Zero is so good (at making everyone suffer) this season.

Stuck the landing. That is all.
Now go watch it.


I was right to be pissed at Grandma. Actually maybe not ENOUGH.

Staff member
I bet Dei's gonna hate this one.

But it's fucking gold. 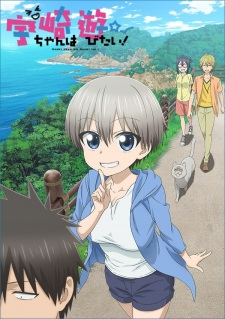 Genre: Romance, Comedy, School, Slice of Life
Fanservice: Swimsuits, great big anime tiddies
Premise: College student Sakurai is perfectly happy on his own, and this annoying girl with enormous ta-tas thinks she's doing him a favor by making him go out and do stuff.

So this was the anime that everybody was talking about this season. There were the usual twitter controversies spurred on by the professionally offended, and that predisposed me to give it more of a shot that I would have otherwise, and let me tell you, I kinda regret it.

Let me just put it this way: The plot is tedious, the characters are shallow, and the character of Uzaki is freakin annoying.

There are some good sides. The conflict between the side characters is interesting (one wants to be an entirely passive observer of what she sees as Sakurai and Uzaki's burgeoning romance, and the other thinks he needs to take an active role to make sure their ship doesn't sink). The constant barrage of "Three's Company" level misunderstandings with Uzaki's mom that makes her think Sakurai is a milf-hunter with her in his sights does make me laugh out loud... but it's not enough to keep this waste of time afloat.

I'm also slightly irritated that Sakurai's personality is an expy of Ryuuji from Toradora - a dude with a menacing resting-face that everybody's afraid of but is actually a total softy.

Often the animation and art style seems a little lazy. I know that the "skin fang" is an artistic choice but it's one born of laziness, and it seems like a lot of motions don't have as many frames as I think they should have.

But as I referenced, the crowning turd on this show is Uzaki's personality. She's brash, rude, pushy, thoughtless, smug, and all around irritating. Sakurai was perfectly happy doing his own thing, enjoying his own solitary pursuits, but Uzaki decides that he's pathetic and forces her company on him until Stockholm syndrome kicks in.

You remember those Woody Woodpecker cartoons where the walrus is just trying to have a picnic, minding his own business, and the woodpecker just won't stop fucking tormenting him? This show is that, except it's also trying to get him them to fall in love.

I toughed it out through all 12 episodes (so you don't have to) to see if it ever got any better. It doesn't. I don't know if this will get renewed, but if it does, I'm not going to be bothered with watching it.

To each their own. At the end of another week's doomscrolling, Uzaki-chan was a welcome distraction. Way better than Rent-a-Girlfriend, which I couldn't make it past five minutes into episode 2.

Season 2 is coming, and I for one will be there.

Staff member
If the whole "Among Us" somebody-is-a-traitor tension dynamic is something you enjoy, I really recommend checking out an anime called Astra: Lost in Space. I'm powering through the episodes as I write this, and I should have it written up within a couple days I think. 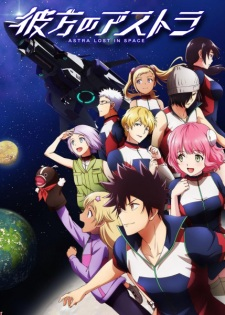 Genre: Sci-Fi, Mystery, Adventure
Fanservice: Bathing Suits, beach episode, skin-tight "space suits", occluded nudity
Premise: A high school interplanetary camping trip goes wrong, and group B-5 finds itself flung 5000 light years away from home. They need to get back... but someone among them is not who they seem.

A group of high school kids on an unsupervised 5 day survival/camping trip to a "nature preserve" planet suddenly encounter a wormhole that catapults them 5000 light years across the galaxy. Fortunately for them, they come out next to an abandoned but functional FTL space ship.

This is a tremendous stroke of good luck, but they're not out of the woods.. they only have about 3 days worth of supplies in their packs, and it will take months to get back home - so they've got to zig-zag across unexplored space on the way to find planets with breathable atmospheres, water, and living organisms they can harvest for food. Difficult, dangerous, but not impossible. However, their hopes are dampened when they find the communications system on the ship damaged beyond repair - when it was fine when they first come on board. Someone among the group doesn't want them to make it home - and is willing to go to deadly lengths to make sure.

I didn't have much in the way of expectations for this one, but I must say I was very pleasantly surprised. I was actually really impressed by the depth of the characters, their backstories, the artwork and the intricacies of the unraveling mystery behind the mystery in the plot. On the surface, they seem like cardboard cutout trope characters, but the show digs under the surface and gets to explore their origins and motivations.

The show does lose a tiny amount of esteem because there were some problem-solving moments that were treated like big "a-ha!" reveals that were patently obvious things that most people would have thought of as their first resort, but the rest of the show easily outbalances these petty shortcomings. And the show's pacing is kept quite peppy by its short, 12-episode run. It manages to tell the entire story with a start, middle, end, and epilogue in that duration. Quite gratifying.

All in all, it's been a long time since I enjoyed a series this much.

Edit: Oh, and I forgot, I wanted to mention that the english voice actors did an exemplary job with the localization. It's been a real balm to hear good voice acting, lately Emrys and I have been watching Jojo part 4, in English (I'd only seen it in Japanese previously) and Koichi's voice actor is nails on a blackboard. All the unnecessary screeching! What am I watching, Black Clover??
Last edited: Sep 29, 2020

So now that Re:Zero is on it's mid season break until Winter, how are we feeling about Subaru's current emotional state?

He has finally realized the MAGIC OF FRIENDSHIP.
Also, Rem is still way too good for him. :|

Dei said:
So now that Re:Zero is on it's mid season break until Winter
Click to expand...

I don't know why I started watching anime as its released. I was so much happier when I waited til the whole thing was out so I could watch it at my own pace.

I blame Overlord for being too damn good.

Dei said:
how are we feeling about Subaru's current emotional state?
Click to expand...

So I got the wrong art print in one of my orders, and the artist said I could just keep it. But it's from Naruto and no one in my house actually watches Naruto, so if someone wants to pay shipping for it, I can send it to you.