GasBandit said:
So much I want to watch, and then I don't. When I go to bed, for some reason, I find myself watching Aqua Teen Hunger Force. WHY? I have no idea.
Click to expand...

I have the same problem at home.
"Gee, I'm hungry."
<opens fridge>
"Hmm...leftover lemon/almond gemelli? The artichoke linguini? The half bowl of chicken corn chowder?"
<closes fridge>
"Ehh...guess I'll have a granola bar." 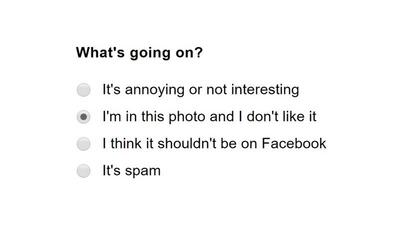 Damn, why do these things always start a new season when i stop looking at when the new season is going to come out.

Well, gues i know what i'm watching this Easter.

MY NAAAME IIIIIS
Shake Zula
The Mic Rula
The Old SCHOOLA
You wanna trip? I'll bring it TO YA

Staff member
Look out, everybody, here comes another anime series with WAY TOO LONG a name:

It has an interesting, if not exactly original premise - Lloyd, a black sheep "weakling" from a village by the LAST DUNGEON OF THE BIG BAD heads off to join the academy to become a hero, convinced he's going to have to work extra hard because he was the weakest person in the village, and struggled to even deal with any of the local wildlife growing up. The twist is, because of the location of his village, the creatures around it are INSANELY leveled up, and as a result Lloyd is actually One Punch Man levels of overpowered. Also he is naiive AF and pure as the driven snow.

I'm not dropping the series just yet, but it's barely holding my attention. Everyone's a stock trope, the voice actors are all super-screamy (the chief of Lloyd's village in particular is nails on a blackboard every time she speaks), and the whole thing is just drizzled in Shonen sauce to the point of near unpalatability.

We'll see if it gets any better, but this one's looking like a "pass." I'll probably finish the season just to get the whole picture (on the off chance it suddenly starts getting really good), but I doubt I'll be back for season 2.

I made it to episode 4 of this one lol.

I made it to the end, but boy did Lloyd piss me off in the finale.

That show seemed like a waste of time, but the curses of inconvenience was a fun bit

god help me i actually pulled the trigger.... 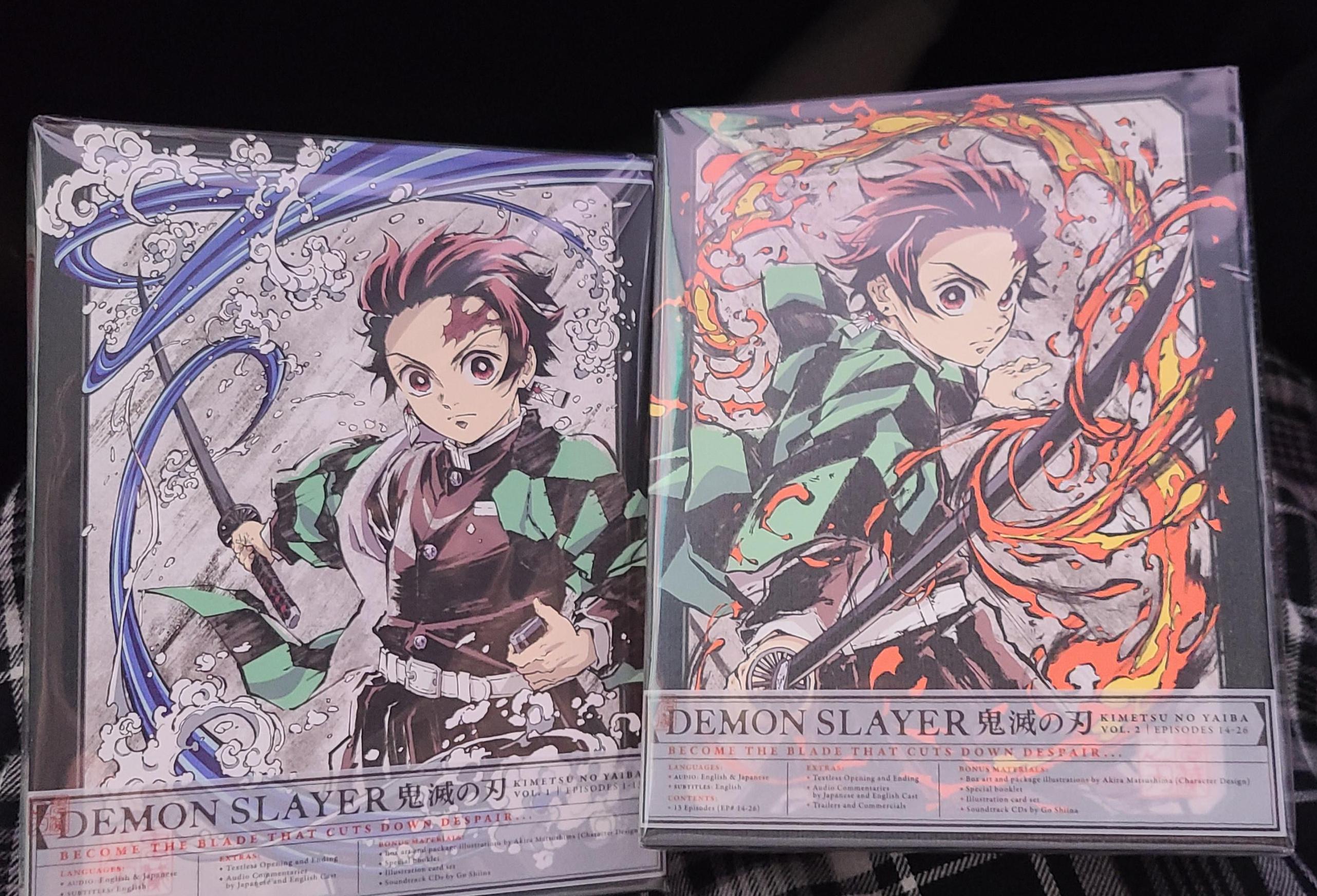 Staff member
First anime figurine I've bought in years and it's not even of a nearly naked girl with big boobs or anything. 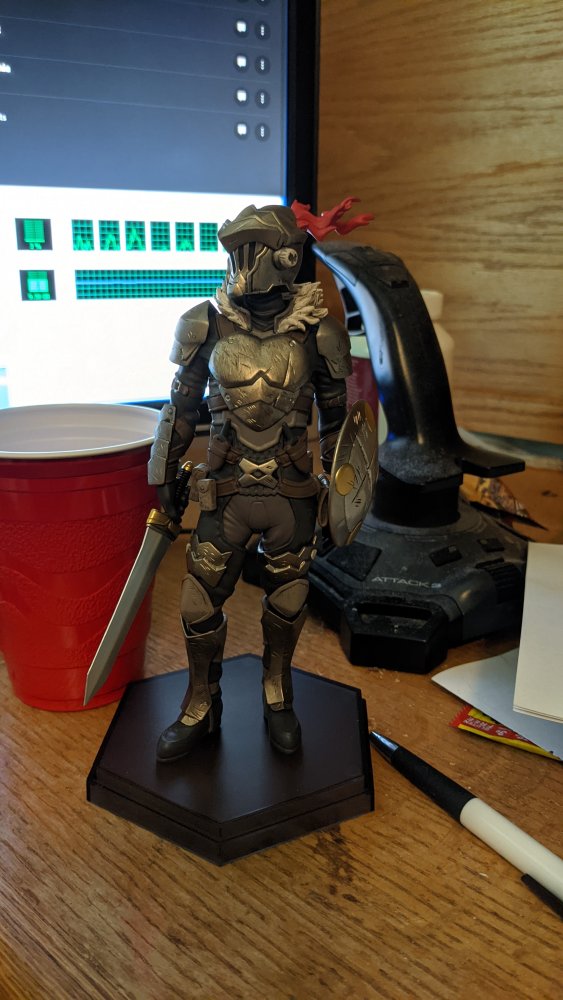 "This is BULLSHIT. I don't see a single GAWBLIN in this place. I don't like em. Hate em. Hate GAWWWWBLINS! HATE EM! Vile creatures. Hate em. Hate this. This is ridiculous, I could be killing goblins RIGHT NOW."


Crunchyroll actually has put up quite a selection lately of figures for under 40 bucks that are of pretty damn good quality, actually. The main reason I kinda stopped collecting is that it got to where anything worth having was $200+, and I can't even fathom paying that. 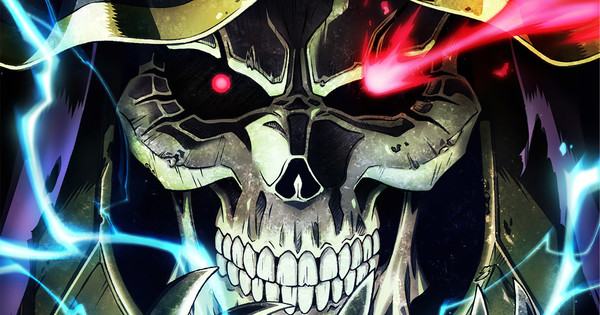 As popular as it was, I never had any doubt a 4th season was coming, it was just a question of when, and what studio. Still Madhouse, but no indication of release date. If I had to guess, 2022 at the earliest. It always seems to take a year or 18 months from greenlight to air. >_<

I'm gonna say it lout for those in the back.

COMBATANTS WILL BE DISPATCHED IS NOT FUCKING KONOSUBA!!!

DarkAudit said:
I'm gonna say it lout for those in the back.

COMBATANTS WILL BE DISPATCHED IS NOT FUCKING KONOSUBA!!!
Click to expand...

It's Konosuba but worse.

ZOMFG IT'S REALLY ACTUALLY WELL AND TRULY REAL THIS TIME WE SWEAR!!! 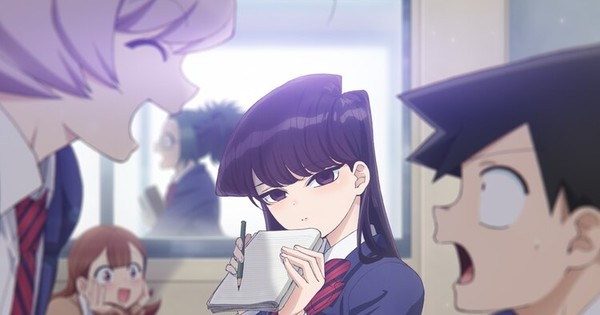 Honestly, the most surprising part of that video is just how long Bulma was in the top ten. It wasn't until like 2019 that she even left that and by then she was nosediving off the list.

I was surprised more by Sailor Moon's staying power.
She's like, the Tim Duncan of waifu.

Staff member
As much as it went off the rails, I was rather surprised Zero Two had such a second wind, right in the middle of Re:Zero season 2.

Staff member
So this afternoon I went on site at A&M's new Swimming and Diving athletics complex to finish up some AV stuff... and when I came out, parked right next to me was this Scion FR-S with a carbon fiber replacement body panels (including a vented hood) and a license plate frame that said "WAIFUHUNTER." 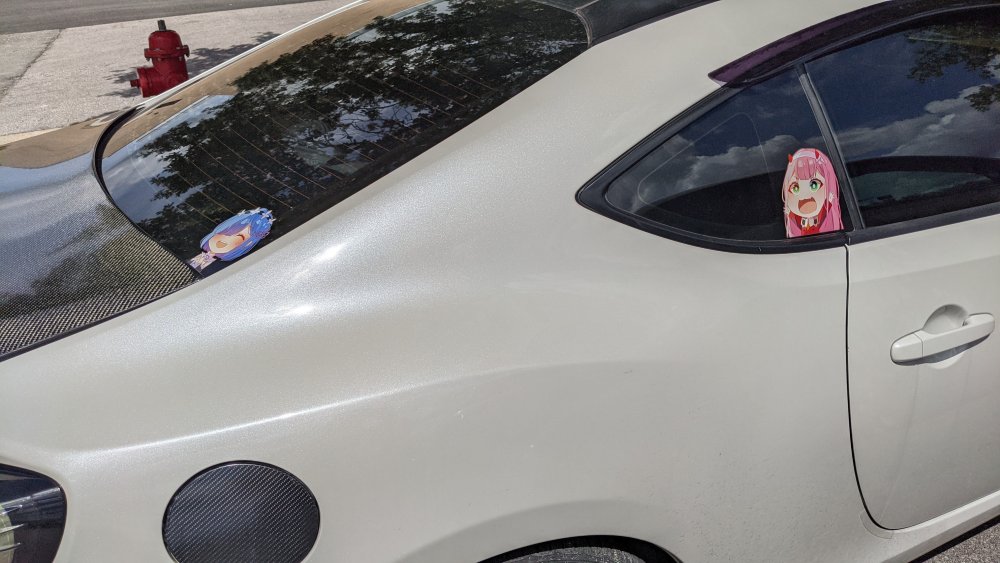 And you know how I know this is definitely a man of culture? Sure, every weeb in the last 5 years knows Zero Two and Rem.

But how many (besides me) will openly admit to watching and enjoying High School DxD? 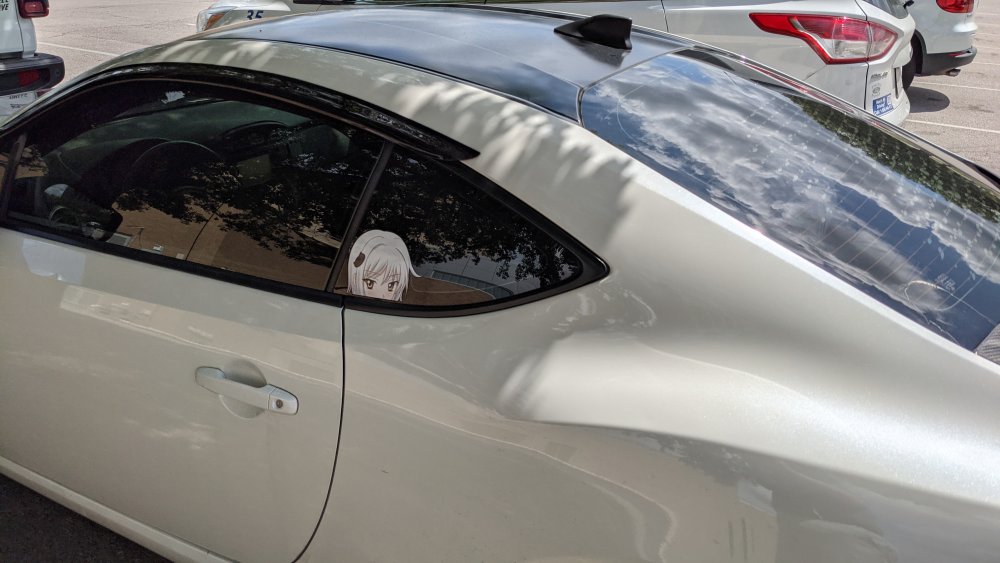 Yeah, I see you there, Koneko.

I was really tempted to wait around to see who came out to drive this off, but I had shit to do. But from the parking permit, the dude was on the swim team for sure.

GasBandit said:
But how many (besides me) will openly admit to watching and enjoying High School DxD?
Click to expand...

IIRC, you're the one who got me hooked on it.

Have I thanked you lately?

GasBandit said:
But how many (besides me) will openly admit to watching and enjoying High School DxD?
Click to expand...

that show sounds horrible, what reprehensible reprobate would ever watch that?
:3

Being an anime only on Fruits Basket is really fucking hard right now.

Bones said:
that show sounds horrible, what reprehensible reprobate would ever watch that?
:3

I just noticed DxD BorN is the only one unopened. Good call. 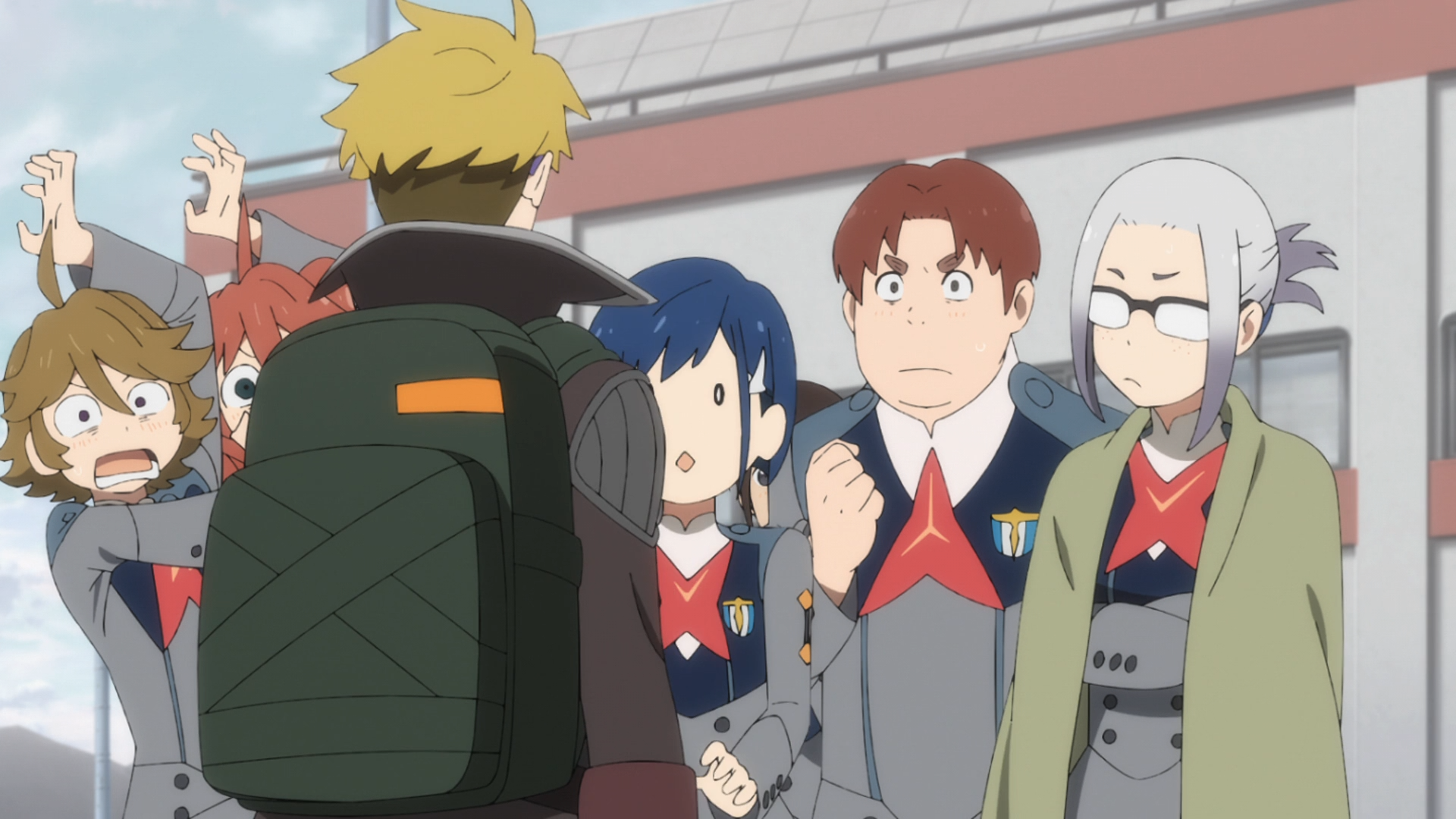 Staff member
Only 11 episodes in season one of Jobless Reincarnation? Somebody had no faith in the grand-sire of all Isekai. And it's too bad. I'll be waiting for season 2.

I mean, it's not the best ever, but it's good. And it is pretty much the IP that established the genre. When Mushoku Tensei did it, it wasn't a trope yet - it was really a tastemaker.

GasBandit said:
Only 11 episodes in season one of Jobless Reincarnation? Somebody had no faith in the grand-sire of all Isekai. And it's too bad. I'll be waiting for season 2.

I mean, it's not the best ever, but it's good. And it is pretty much the IP that established the genre. When Mushoku Tensei did it, it wasn't a trope yet - it was really a tastemaker.
Click to expand...

It was supposed to be a split-cour all along. But the second half just got delayed from July to October. Similar to what's going on with Reincarnated As A Slime. Second half of the split-cour coming in the summer.

Staff member
Uuuugh Kumo this week is an ALL HUMAN EPISODE.

GasBandit said:
Uuuugh Kumo this week is an ALL HUMAN EPISODE.

TBF, they warned you last week when this week's episode was titled "I'm not in this one, am I?"

Staff member
Come onnnnnnn S4... "How Not To Summon a Demon Lord" S2 is just not filling your shoooes

Staff member
Spider anime is starting to wear out its welcome.

SSSS.Dynazenon is finished and I actually think it's a bit better than SSSS.Gridman was, mostly because it was better able to get it's "point" across much better than Gridman did. Thankfully, we don't have to wait long for news about the next series... 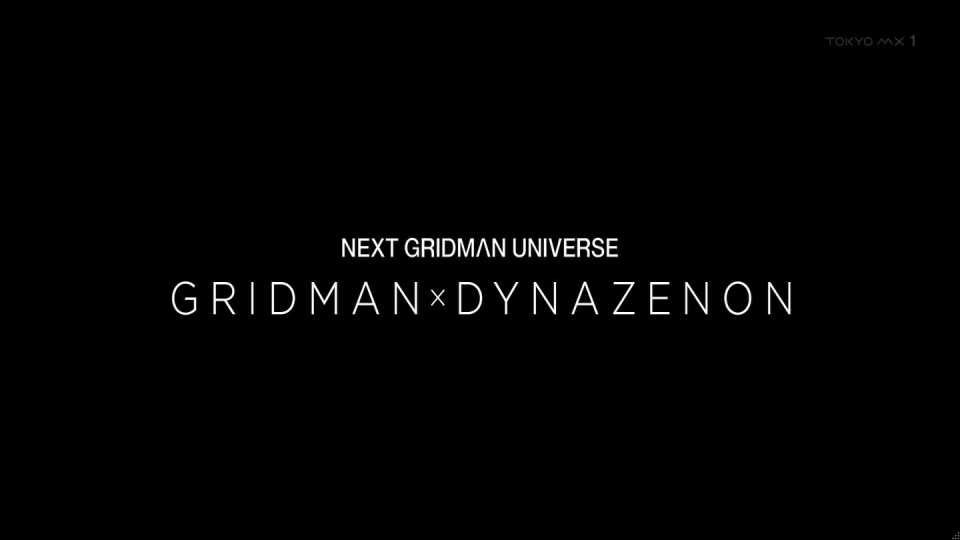 Staff member
If I were on the production team for Spider, I'd commit seppuku out of shame for the quality of the CG this episode. Abysmal. We're talking Berserk remake levels of bad.
Show hidden low quality content
You must log in or register to reply here.
Share:
Reddit Pinterest Tumblr WhatsApp Email Link
Top