According to my records, you're still only in Trading Outpost

GasBandit said:
According to my records, you're still only in Trading Outpost

That's the only place I have a current structure, yes. But not where I've been mapping, measuring, and then trying to make something in creative that'll fit and throw it in the factory before I plop it down.

PatrThom said:
That's the only place I have a current structure, yes. But not where I've been mapping, measuring, and then trying to make something in creative that'll fit and throw it in the factory before I plop it down.

I should start a betting pool on whether or not you'll actually establish a base before the server has to wipe for Alpha 9. Seems I should be offering even odds at this point

GasBandit said:
I should start a betting pool on whether or not you'll actually establish a base before the server has to wipe for Alpha 9. Seems I should be offering even odds at this point

GasBandit said:
I should start a betting pool on whether or not you'll actually establish a base before the server has to wipe for Alpha 9. Seems I should be offering even odds at this point

I bet 500 fake internet points that he does!

C'mon Pat, I have faith in you.

Staff member
The two new big factions on the server, RaT and MBR, had a big fight night before last, and it ended with all sides saying "gg that was fun" etc. Good to see positive pvp interaction again on the server.

Actually, I checked into the MBR folks especially, since they have more members and have been marginally more active. They're like... our alternate universe twin. They're from Ember Gaming, a community of mostly 30+ y/o gamers that have been playing together in various games like WoW or minecraft or L4D for years, have their own discord, etc. They last tried playing Empyrion on a public server where the admin was abusive, and that soured them on empyrion on a public server. They specifically came to the HF server because of all the stuff I put in the rules about "The admin shall not X".
Last edited: Dec 7, 2018

All the server owners, myself included, were blindsided. Even HWS is still on alpha 8 at the time of this post.

It's gonna take me several days at least to redo an alpha 9 map. Server will continue running Alpha 8 until then.

You can select "legacy" alpha 8 as an option in steam to keep playing on alpha 8 if you so desire.

I got a bad feeling this "Alpha 9 in stages" thing is gonna mean I am gonna have to do this again 2 or 3 times over the course of alpha 9. Uuughh Eleon why are you so BAAAAAD 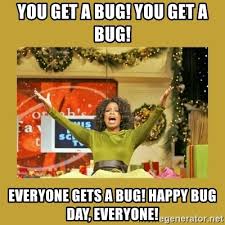 Staff member
Some server admins are talking about not updating until some bugs are addressed.

Staff member
Also, in case Gared happens by at some point and reads this, MBR found his old "Assholes painted me pink" base. Although the offline protection was naturally deactivated after so much time offline, the solar had kept the guns active and shooting when they first approached.

Staff member
After some deliberation, I've decided to keep the server on 8.7 until the "hotfix every other day" nonsense going on right now calms down. Lots of other server admins are reporting all kinds of problems ranging from playfields refusing to load entirely to random wandering mobs not spawning to POI malfunctions.

I've already had to redo work on the alpha 9 map I've been working on due to problems/fixes in patches after I started working on it, and at this point, I think it'd be more trouble than it's worth to update the server while things are still broke AF.

Huh, I actually got this game years ago and haven't played it yet. Well then, I shall snoop in this thread and see what people actually do.

Rats, forgot to vote yesterday. There goes my streak.

Staff member
As 9.1 has dropped to the stable branch and purports to have a lot of bug fixes, I will be updating the server to Alpha 9.1 this weekend. So, if you have anything you want to blueprint before it goes away, now is the time.

Some upcoming changes to the server that should be noted -

As the server population has decreased markedly, I have reduced the number of planets on the map. There are 14 sectors now, instead of the previous 38. Most planets are size 3, with a couple size 4. No more size 5 planets. If/when population increases again, more can be added easily as needed.

The sectors are now also much closer together. It is now possible to traverse the entire map in an SV. CVs will still be more convenient, as they can "skip" sectors and jump to more distant ones in a single jump due to their higher maximum jump distance.

Other than that, the rules will be similar. Celes will still not allow CVs to land. Akua and Ningues sectors are both PvE. I haven't put in the "PvE Sampler" planets yet, though I intend to do so once I have the server up and running properly. PvE territory can only jump one-way to Gargantua City. Bonanza is still a thing. Magnesium Acres is still a thing (Fission Springs is not). No magnesium deposits or asteroids in PvE territory (though you can buy magnesium powder from vendors). No Erestrum or Zascosium deposits or asteroids in PvE territory, though the ingots can be bought from the exotic materials merchant on Ningues. Solar Panels are still 8x as powerful as vanilla, and flashlights still are still blueprint accelerators that can only be bought, not crafted.
Last edited: Jan 9, 2019

Staff member
So no POI running on PvE since you won't be able to make missiles that you need to attack POIs. Got it.

Dave said:
So no POI running on PvE since you won't be able to make missiles that you need to attack POIs. Got it.
Click to expand...

Unless you know, take 5 minutes to buy magnesium from a vendor.

Besides, all you really need for POIS are gats.

Staff member
I haven't decided yet whether to turn on the new "mass and volume" limits they've set up for Alpha 9. I'm leaning toward leaving them off for now, until I hear more that they've been balanced adequately, and issues/complaints have been addressed (it's apparently quite a chore to get your first base constructor out of your mobile constructor and into your base, for some people, if you aren't allowed to put it in your suit inventory).

But if anybody else has input, I'm open to listening.

Staff member
Also - it looks like Eleon is trying to tackle the "infinite scalability" of structures by introducing something they call a "CPU" limit, that is, every device you add to a structure uses up a "CPU" resource, which is provided by the core. Right now the default "CPU" limit seems to be 7500. Every thruster, RCS, constructor, refrigerator, whatever, that you add, uses up some CPU. It's not enabled right now, and apparently is still being balanced, but people on the official forums have found that for a CV to be both useful and below the 7500 CPU limit, you are drastically limited in what you can put on the ship.

The devs have said, however, to ignore current CPU useage numbers, presumably because they're going to be completely overhauled at some point.

GasBandit said:
if anybody else has input, I'm open to listening.
Click to expand...

I’ll let you know once I finally leave the legacy branch this weekend.

Staff member
Server updated to 9.1.0. Went distressingly smoothly... still waiting for the other shoe to drop.

I’m sure once you give it volume/weight, it will.

Yeah, I'll believe that when I believe it.

Happy birthday, Halforums Empyrion server!
Yes, according to empyrion-servers.com, today is the one-year anniversary of our server’s registration. I know it was running for a while prior to voting, but I don’t remember exactly when Gas first fired it up, except that I’m pretty sure it was right at the tail end of Alpha Seven’s run. And here we are rapidly approaching Alpha Ten.

It’s been a ride, we’ll see what happens once Gas’ new job and α10 collide.

Anyhow, for those who didn't tune in yesterday to the livestream discussing the new features of the Alpha 12 release, there is a YouTube archive of it here:
Fair warning, the entire thing is about 3hrs long, and I haven't watched all of it yet to know how much of it actually matters.


Biggest news: Eleon is being... ambitious and implementing an entire galaxy of places to visit. You're getting NMS in my EGS!
Downside: Breaks backward compatibility. No surprise there.

New features I saw while zipping through the video:
-Inventory sorting
-Detectors available in space (similar to /SCAN). This means yes you can find asteroids and bases, the range is probably adjustable (24km in the demo), needs to recharge between uses.
-Overloading your generators into the red can will cause them to take damage and eventually explode (not just excess fuel use).
-PoIs can call for reinforcements (in space and on ground)
-New faction (well, not really new with a12, but expanded from previous)
-Possibility of "salvaging" the NPC equipment from PoIs (turrets, etc), also this means PoI's can use player turrets.
-Can see planetside markers/waypoints while in orbit, and even from one system away to use as a nav guide.
-Gas giants.
-Entire systems can be "owned" by factions now.
-Public teleporters.
-Survival Tents act as respawn points after death, as will medbays in bases/ships.
-Stack sizes are increased, up to as much as 4000 (by default).
-Ship-based teleporters (but can't use them with shields enabled or if the ship is moving)
-Base teleporters have a range of 30ly (subject to change), ship-based are much shorter (intra-sector only?). Teleporters show everything in range when you use them.
-Teleporters will be craftable!
-"Orbit" is now "Sector" - Sector = new collective term for the area and stuff around a planet.
-Gas giant planets - can't land on 'em (but moons and asteroids are still available).
-Added Ice and Titanium as materials, titanium is required for the midrange "hardened" steel (and replaces sathium for starter worlds), ice can be melted for water while in space.
-Sathium rarity is now more in line with that of Erestrium/Zascosium.
-Not ready yet, maybe for 12.1, but they want to add "service stations" - space stations which will refill pentaxid, maybe repair, but at a cost.
-Also maybe not right away, but looking at adding the ability to run trading missions.
-Asteroids are spawnable in creative mode.
-"Blast doors" with high hps. They do not have force fields, but they also don't cost exotic minerals.
-General balance changes for things like CPU usage, weight and volume, etc.
-Possible addition of "Advanced Core" which can eliminate CPU requirement entirely.
-Multi-tool now has a "downgrade" option (but why?)
-Lots of new CoQ errors (at no charge!)
-Control sensitivity with ships (how fast they respond to pitch/roll/yaw changes)

Patch notes say that they are implementing a persistent database (which is the biggest reason for the compatibility issues). This is supposed to enable significant new changes, but they admit there are challenges getting this to work across multiplayer, which is why for now the only multiplayer server available for testing is the in-house Eleon one so they can gather 100% of all the error logs and data. Single-player is still possible.

Who knows, I might fire it up again... if I can tear myself away from some of my other games.