I, for one, welcome our new nuptialed overlords.

Well, I think I can safely say today was "Nick Gets Shit Done Day."

I made a big batch of chili in the slow cooker that should last me about two weeks. Did a big load of laundry and even put it away. And cleaned the house from top to bottom.

I also listened to an audiobook - The Radioactive Redhead, by John Zakour - while doing all those chores.

On top of that, Mom and my sister briefly visited when they were on the way home from shopping. And my best friend came over to hang out for a bit for some board games.

Oh, and on top of all that, I also did some DDP Yoga, something I'm getting back into again after being knocked down by Covid awhile back.

So yeah, this has been a really great, productive weekend.
Last edited: Sep 18, 2022

ThatNickGuy said:
Did a big load of laundry and even put it away.
Click to expand...

Both?! My experience tells me this is impossible

Ravenpoe said:
Both?! My experience tells me this is impossible
Click to expand...

I even FOLDED the clothes before putting them away or hanging them up.

*Super Kami Guru impression* I AM AN ADUUUUUUUUUUULT!!

ThatNickGuy said:
*Super Kami Guru impression* I AM AN ADUUUUUUUUUUULT!!
Click to expand...

I know you're doing something else here, but this is what came to mind when I read this.

ThatNickGuy said:
I even FOLDED the clothes before putting them away or hanging them up.

*Super Kami Guru impression* I AM AN ADUUUUUUUUUUULT!!
Click to expand...

My brother's wife is going for a cesarean today. New niece coming soon! 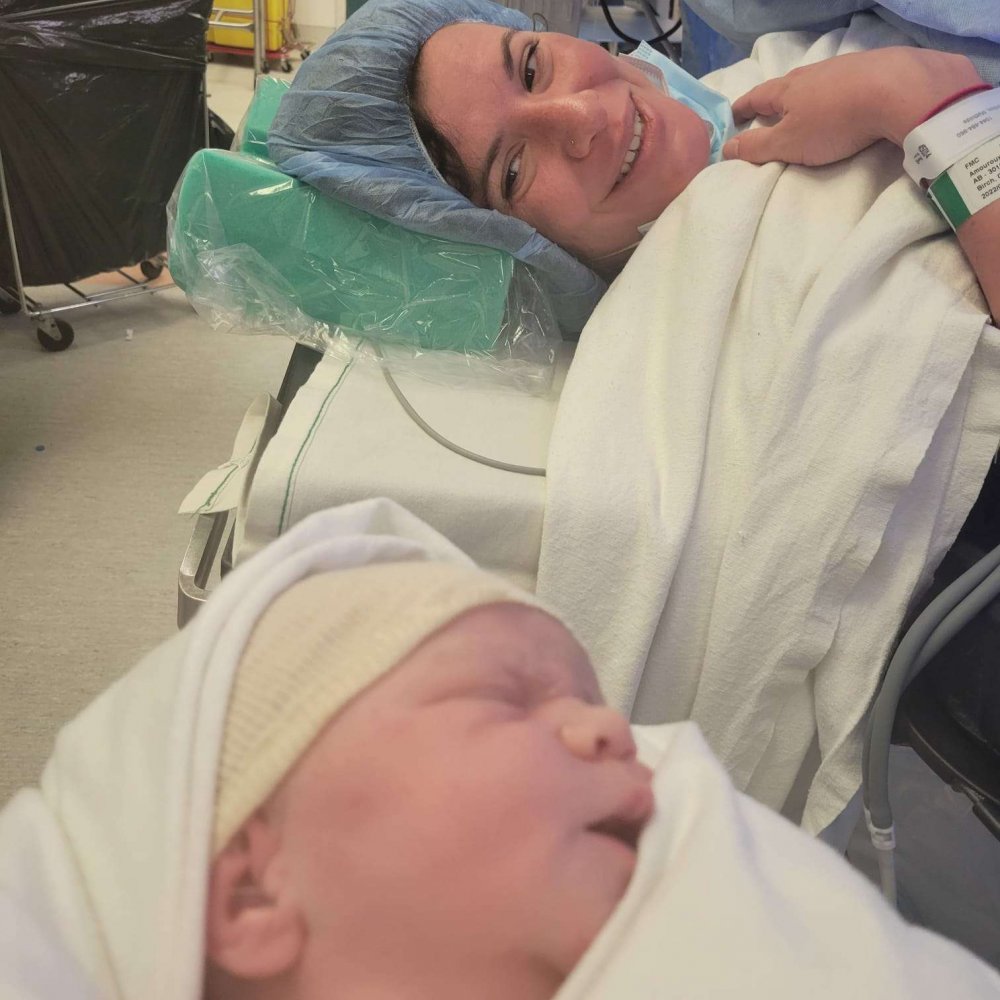 Staff member
Big couple months for me professionally! Just got a huge surprise raise at work two weeks ago, and moved me into yearly stock options. All this wandering the earth and getting into adventures and shit really starting to pay off. With all this stuff, clearing just shy of 200k this upcoming year, and easily over it after.

The good news is you're already trained in weapons, so you'll fit right in as a postie!

Fuck yeah, man! Congrats! I know that was weighing pretty heavily on you and we were all feeling a bit helpless. 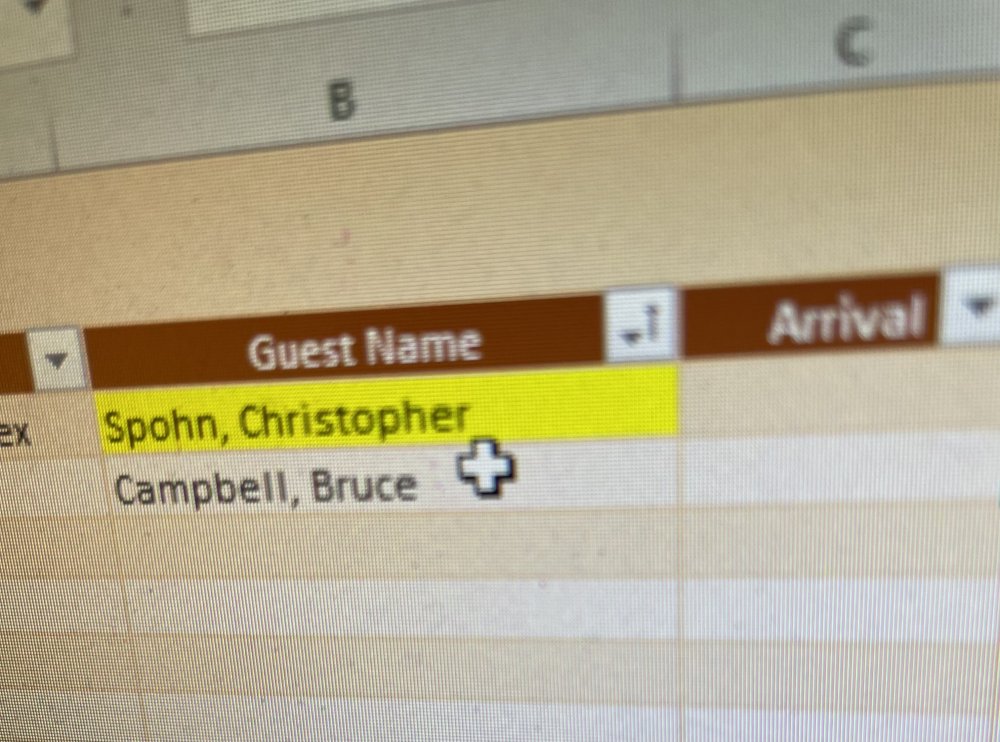 You had -the- Christopher Spohn?!

Ravenpoe said:
You had -the- Christopher Spohn?!
Click to expand...

Damn. Beat me by two minutes.

So, just got home from my wedding party. Guess it was fun?
Off to the "drunk or wasted" thread I guess...

So, bit of an update about my wife, after nearly three months. She has a follow-up appointment in Montreal on the 8th of November (she also has a preparatory MRI tomorrow at 8:30 in the evening, which is stressing her out just on principle). The fact that I'm posting this in THIS thread rather than the Rant one sorta gives the game away, but the news is actually sorta amazing:

1. The lump in her breast has shrunk CONSIDERABLY. It's actually, legitimately amazing, it's actually hard to find now.

2. Her ribs and her tailbone (where there are/were metastases) have both stopped hurting altogether (maybe an occasional flare up once in a blue moon, but nowhere near what it was).

3. And the big one: Her back is better than it's been since I've met her (seven years ago TODAY). Yesterday, while walking Baloney, she actually jogged a short distance. I was laughing hysterically (wish I could upload the video). Today, we went to Costco and she walked around the whole place, only taking a very short break.

I'm just... I'm SO happy, and hopeful. Cancer's not some unkillable monster. It can be defeated. She'll kill it. I feel it.

Edit: Hold on, I CAN upload that video!

My wife has an appointment in Montreal on Friday for some more radiation therapy on her spine. And it’s with the ablative dose specialist, so they’re going for the big guns here. They’re obviously not interested in just stalling the cancer, they want to cure it.
Friday’s the initial consult, maybe with a couple of extra tests (her PET scan is well past its usefulness threshold at this point, dating back to 22 July, for example), the markings and the mould fittings, so the treatments could start as early as next week I guess!
Tremendously exciting. Also, we took Baloney to the groomer’s today, look: 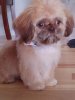 My flight left maybe an hour before the once in a decade snowstorm started.

So, update: No radiation for now, but that’s a good thing: Things are going too well, there’s no justification for it. They want to wait and let the meds do their thing for another 3 months at least, then revisit. So follow-up appointment set for February, with a new CT scan and PET scan.
Radio-oncologist took the opportunity to give her a range of motion/strength exam and was kinda flabbergasted at just how WELL things are going considering it’s only been 3 months.

Weird and funny note: My wife has some gray hair, particularly a streak on her right side in front. It’s GONE. Not “lost hair” gone, just… It’s brown again.

No idea what that means, but we take it as a sign that things are going well (the results of the blood tests and the doctor consults as well,of course, this is just a delightful cherry on top).
Yay!

Very happy to hear it! Let's keep it up

on a totally unrelated note... Do you have your text color forced in some way? All your text shows up dark gray on dark gray in my dark theme, and you're the only one it seems to impact.

Yes! The fight continues. Can't let our guard down, but it's going really well.

That is... Very odd. I'm not doing anything special to it, shows up as black on white for me...

Unless... I'm copy-pasting the message from another source, that might be it? Is the problem still occurring in this one? I'm writing it from scratch.

Simfers said:
Unless... I'm copy-pasting the message from another source, that might be it?
Click to expand...

That is definitely it. color codes (RGB 34 34 34, which is almost pure black) are being carried along with the formatting from whatever you are using to write the post initially. So, it overrides the default text color in themes (which in dark themes is white).

Some browsers have "paste as plain text" as an option (CTRL-Shift-V I think?), that would do the trick.
Also selecting the whole post and clicking the "eraser" on the left of the Bold button at the top of the text entry window will strip all formatting code from a post in progress.

I've gone through this a few times myself in various places... I got in the habit of pasting into an open empty notepad document (because notepad doesn't support formatting), then CTRL-A-CTRL-C to copy THAT and then paste that.

Nope, that one was perfectly legible. It's not a big deal, just wondering

Well, now that I know it's a thing, I'll keep it in mind! Thanks for letting me know!

And Gas, thanks for the tip!

GasBandit said:
Some browsers have "paste as plain text" as an option (CTRL-Shift-V I think?), that would do the trick.
Click to expand...

"Paste and match style"
Windows: CTRL+SHIFT+V
macOS: SHIFT+OPT+CMD+V
Pastes the contents of the clipboard into your document while inheriting whatever formatting is already active at the insertion point.

I went solar! Just signed the loan contract to get solar panels with a battery backup put on my house!

CrimsonSoul said:
I went solar! Just signed the loan contract to get solar panels with a battery backup put on my house!
Click to expand...

I had them come out and got a quote, but it doesn't work on paper for us. Our average electric is <100. If we converted our heat and hot water to electric then it makes more sense. After tax break, we were quoted 18k, but no battery backup.

Staff member
Yeah, I briefly considered solar too, but my yard isn't big enough and is surrounded by 30-40 foot trees.

drawn_inward said:
I had them come out and got a quote, but it doesn't work on paper for us. Our average electric is <100. If we converted our heat and hot water to electric then it makes more sense. After tax break, we were quoted 18k, but no battery backup.
Click to expand...

I'm signed up with the cheapest provider here and in summer I run 400+ dollars a month. This last one was 300 dollars and it was a cool month. I have them cutting down a tree, adding foam insulation in my attic and changing some of the windows out for energy efficient windows (some of my windows are 1950s crank windows lol)

We're on a corner and could probably supply not only our own house but also at least one neighbor's worth with the amount of panels we could mount. BUT low exposure due to high latitude and our local government's silly regulations combine to ensure we probably won't be able to take advantage of it.
Otherwise I'd say give us a metal roof and bolt panels along the whole thing and to Hell with the power company.
(Yes, we would also supplement with wind because we have a lot of that here)