Not likely, I don't accept anything Wolverine post his original mini-series as cannon. I could see Colossus saving the day though, love me some Russian mutants!
M

I dreamed another one of those dreams where I had to identify my pets among a bunch of other like colored pets and it was really difficult and stressful.

I am pretty sure in real life I could pick my pets out of any line up. But my subconscious seems to use that scenario to show extreme anxiety.

Staff member
You're saying all black cats look alike to you?
S

No, any of the non-white ones look the same.
M

Lol oddly enough it was my cat Gwennie, the white one, that I had the hardest time picking.
S

Was about to drift off when I started half dreaming about my bedroom from when I was a child, with it's austere white walls, the are wooden floor with too much polish on it and the small, metal frame bed. Not a good memory either. I kind of jolted awake feeling anxiety.

Anyone else ever get that kind of jolt to wakefulness?

SeraRelm said:
Anyone else ever get that kind of jolt to wakefulness?
Click to expand...

If I could succesfully have lucid controlled dreams I'd be a much happier person.

The number of people I would kill on a nightly basis, the ways I could do it, the sheer joy I would have in the act..... *sigh*

Lucid dreaming has appealed to me for YEARS for that solitary reason. Finally being able to do what I daydream every waking hour of.

My wife lucid dreams every night. When I learned this, I realized why she sleeps 12+ hours any day she doesn't have to get up early.

I had a lucid dream last night where I was on a giant chessboard, with large complex lattice of bars and struts built above it, and I could command a bunch of acrobats to do tricks on it. I think I came up with a new Olympic gymnastics routine in my sleep.

I had a short but memorable dream last night. I noticed my left earlobe was bleeding, and upon closer inspection saw what appeared to be a large black bolus breaking through the skin. I popped it out, and it kind of unfolded to reveal itself as a teratoma with hyperdontia.
S

your ears had teeth?

Staff member
Someone take drifter's medical dictionary away. There's WAY too much jargon in that paragraph.


I had a dream I was a zombie, but I realized we really were sentient, and the whole "kill all humanity" was just because the whole idea seemed like an incredibly funny practical joke once you became a zombie. In my mind, I was thinking, "Heh, watch this. Bob will get a real kick out of it if I eat his face."

I got shot in the head, but it didn't actually kill me, it just messed up my eyesight in one eye, and I thought, "Man, I better stop chasing Bob, if I want to be able to see."

So long story short, being a zombie is like really good weed, apparently.

SeraRelm said:
your ears had teeth?
Click to expand...

His ear had a TUMOR that had teeth.

fade said:
Someone take drifter's medical dictionary away. There's WAY too much jargon in that paragraph.
Click to expand...

I figure bolus is pretty common, and teratoma is unsual, but not unknown, especially on the interwebs. Hyperdontia I'll give you, although we had a lovely picture and discussion about it in the Not So Funny Picture thread.
S

Though the discussion got a bit... long in the tooth.

That show was way too hip for the room.

Staff member
Eugene Mirman as a sadistic, temperamental nun? H. Jon Benjamin as the devil in a Cosby sweater?
I had to get in on that.

Because I hurt Fades feelings by neglecting his thread.

Let me tell you about the dream I had last night.

I was watching a movie. The movie was Toy Story 4. In this movie everything starts off happy, all the characters hanging out in Bonnies room doing there thing. Then is gets weird.

Bonnie is pushed into her room by her mothers who tells her to "Don't come out, no matter what!" She slams the door and locks it. here are screams and groaning. The little girl is crying as her mothers screams die down and the banging on the door begins. The door breaks down and in climb very pixarish zombies. This design choice some how makes them more terrifying.

The girl is backed into a corner, the zombies are advancing, arms out stretched...when Woody and Buzz decided they ain't going to take this shit and jump to her rescue. The other toy join in and they some how manage to take down these zombies. The girl is stunned and thrilled at the same time.

Around this time I looked over to Steve, confused and horrified. He's rolling his eyes. "Not another zombie movie. All of Disneys movies are like this since they reanimated Walt. Hollywood is shit."

I think there was more to this dream, like Bonnie making the toys her army and stuff...but i can't remember.

Also, I can probably fill up this thread with weird dreams.

Staff member
That... is great.

Dream Steve made that for me. He sounded more like Charlie than my husband.

Staff member
Did he keep telling you what Ebert said about it??

No...but he did tell me that hollywood couldn't write women and that Bonnie was being subjugated by the Zombies and the toys represented male empowerment.

I'm serious. This was my dream last night...toy story zombies and snob steve. I woke up feeling jittery and unrested.

Staff member
I had a dream I kept running into stray cats and having to fight them.

BananaHands said:
I had a dream I kept running into stray cats and having to fight them.

Are you sure you weren't playing an old school adventure game?

Staff member
It was so strange. At one point I went to go to the bathroom to take a break and it was full of stray cats that wanted to claw at me.

I often lucid dream that Maynard James Keenan is my dad and that I fly around Merkin Vineyards, dropping bombs on paparazzi and trespassers who get onto the property. I'm pretty sure Maynard would love to have me for a daughter. Aaaaand when I start having a nightmare, I just "change the channel", which lately defaults to being a mermaid in a huge glass hotel filled with water.

I am the goddess of my dreams.

Dream Goddess said:
I am the goddess of my dreams.
Click to expand... 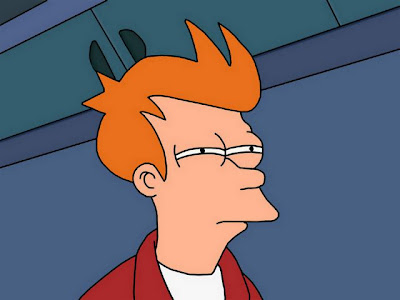 That's right. And now you know.

Dream Goddess said:
I often lucid dream that Maynard James Keenan is my dad and that I fly around Merkin Vineyards, dropping bombs on paparazzi and trespassers who get onto the property. I'm pretty sure Maynard would love to have me for a daughter. Aaaaand when I start having a nightmare, I just "change the channel", which lately defaults to being a mermaid in a huge glass hotel filled with water.

I am the goddess of my dreams.
Click to expand...

I know this is theoretically English, but I have no idea what any of it means.

fade said:
I know this is theoretically English, but I have no idea what any of it means.
Click to expand...

Great, now I'm worrying what bizarre effect she's having on me because I understood all that.


Dream Goddess said:
I often lucid dream that Maynard James Keenan is my dad and that I fly around Merkin Vineyards, dropping bombs on paparazzi and trespassers who get onto the property. I'm pretty sure Maynard would love to have me for a daughter. Aaaaand when I start having a nightmare, I just "change the channel", which lately defaults to being a mermaid in a huge glass hotel filled with water.

I am the goddess of my dreams.
Click to expand...

Lucid dream: ability to control one's dreams. She does this every night and it's no wonder she hates getting out of bed.
Maynard James Keenan: I'll use Wiki to help... "n American rock singer, songwriter, musician, record producer, winemaker, and actor", behind musical groups such as Tool, A Perfect Circle, and Puscifer.
Dad: male parent
Merkin Vineyards: a vineyard Maynard owns
bombs: Gifts that explode
love me for a daughter: the point where you know this is a dream

in case of nightmare, change channel: because she lucid dreams, if something bad starts happening that's out of her control, she switches the whole dream over to something she likes.
mermaid in a huge glass hotel filled with water: ...I don't have any fucking idea, but she's cute.
goddess of my dreams: Going back again to the lucid dreaming, she's entirely in control, like a goddess

As for my dream, last night I dreamed I was Commander Shepard, and we were on some planet where dinosaurs were rising from the ground, overtaking the cities, destroying all society and no one could stop it... like a zombie movie, but with dinosaurs. The horrible part was that my loyal friends and squadmates were left to die at one point or another, one by one, as Shepard went off to save her own ass. And in the end, she didn't even accomplish that, and died from her wounds after blowing up a huge fuel refinery to kill a bunch of the dinos. She just crumpled to the ground, bleeding out as fire raged behind her, knowing she back-stabbed everyone who loved her and all in vain.

That's why renegade is sometimes junky.

I dreamed I had no thumbs.