[News] The USA Police State will never satisfy its lust for beating, gassing, and imprisoning minorities

WTF does a town with less than 10K people and only 18 officers need with an APC?

MOUNDSVILLE — The Moundsville Police Department unveiled a “tactical resource vehicle” they obtained from the military at no cost as part of a federal government program on Thursday. The vehicle is a 2019 Cougar mine resistance ambush protection vehicle, or MRAP, and was obtained under a federal...

Dei said:
Once again, I would like to take our state which is heavily encouraging mask wearing, and build a wall around it.

Dang, you folks there really are progressive.

Sure hope it catches on. The QI thing, not the wall-building.

Well, overnight it looks like the Proud Boys had their fun in Seattle. Two black males shot, one killed, shooter reported as a white male, in the early morning hours following a successful and entirely peaceful Juneteenth celebration in the CHOP. Also, we now have two streamers that have been cyberbullied, stalked, and harassed to the point that they're dropping their streaming from this point onward. Meanwhile, in LA, the LA County Sheriff's department ran down a security guard at an auto parts store and shot him execution style, two days after "someone" had hit the store and vandalized their building. When the store tried to get video of the incident with the sheriff's department and their employee, they found that all of the cameras had been disabled, by the fucking sheriff's office. The sheriff's office can't afford body cams or working dash cams for their vehicles, because this year their budget was ONLY $3.5B.

The Proud Boys and the LA Police should be classified as a domestic terrorist organization.

Arrested for trying to attend an event she had a ticket to: 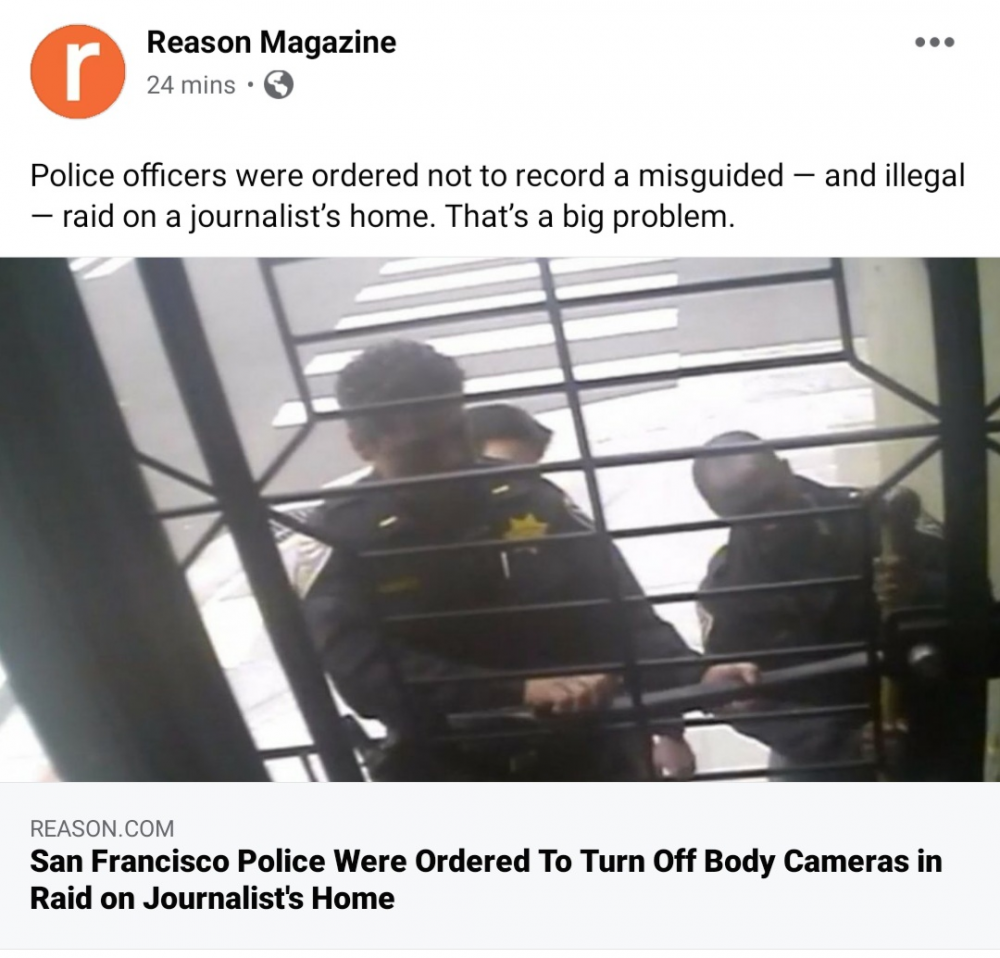 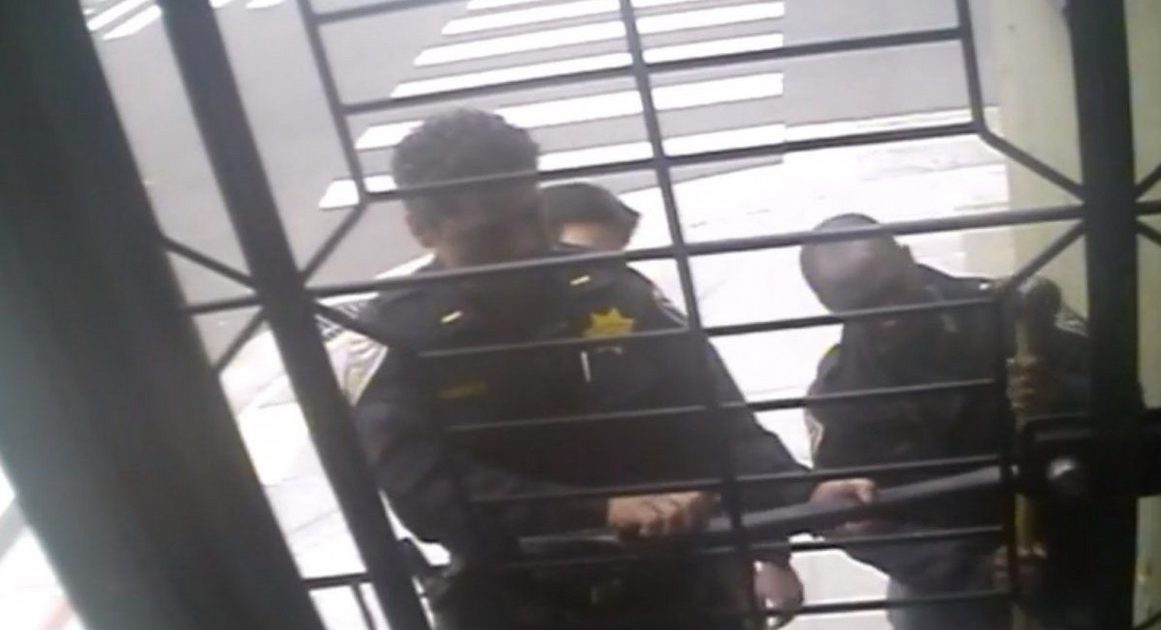 Their illegal search was not recorded.

I repeat that officers without bodycam should be given the lisdodde of the benefit of the doubt.

Are they to be smacked with the lisdodde?

Should have been "opposite"
B

I mean, i had to google this, but it’s my favorite exchange right now.

I think it's a viable alternative, yes. Good ideas grow when people think together.

Day 23, and Compton is looking like day 4. Cop riots at 5pm. Meanwhile, Branson, MO has become a strange little hot spot. We currently have BLM protesters yelling down into a parking lot full of racist dickheads in full confederate flag regalia defending their heritage in front of the Dixie Outfitters.

Ouch. We'll see how long *they* can hold out.

I didn't think I could ever be surprised by how low the cops could get, but today in Columbus they stole a disabled man's prosthetic legs and protesters had to steal them back from the cops while being pepper sprayed.

A noose was found In Bubba Wallace's garage at Talledega on Sunday. He's the only black driver in NASCAR's top division.

Scrubbing all of these edits because tonight was messy.

Drive by shooting tonight in Seattle, two victims, both in or near the CHOP. Both victims made it to Harborview alive, but we have no further info on their conditions at this time. Shooter is a white male with long blond hair, leaning out of the back seat of a blue van with no plates, shooting a rifle that was strapped over his shoulder.
Last edited: Jun 22, 2020

And yet, Portland PD takes the cake. Several hours ago they arrested a group of 12 protesters for jaywalking. They've been holding one of them since then, on the concrete, face down. After several hours, they finally called an ambulance. He was non-responsive and the AMR medic looked fucking pissed when they closed the doors and pulled away. For jaywalking.

DarkAudit said:
A noose was found In Bubba Wallace's garage at Talledega on Sunday. He's the only black driver in NASCAR's top division.
Click to expand...

And since there's no guests allowed the person who did it HAS to be a NASCAR employee or an employee of one of the teams. Wouldn't you think there'd be cameras everywhere?

Dave said:
And since there's no guests allowed the person who did it HAS to be a NASCAR employee or an employee of one of the teams. Wouldn't you think there'd be cameras everywhere?
Click to expand...

If they know the place is covered in cameras then the person likely disguised themselves. I have a feeling whoever did it was likely a member of a teams crew (rather then a driver) and planned it for awhile so that he would change, get in, drop the noose, get out, and change back to whatever he was wearing originally. It will be interesting to see what the investigation turns up.

In a shock to literally no one, the police that got 'sick' from shakes that started this whole paranoid bullshit shitstorm were never sick. Whole thing was manufactured by the NYPD. 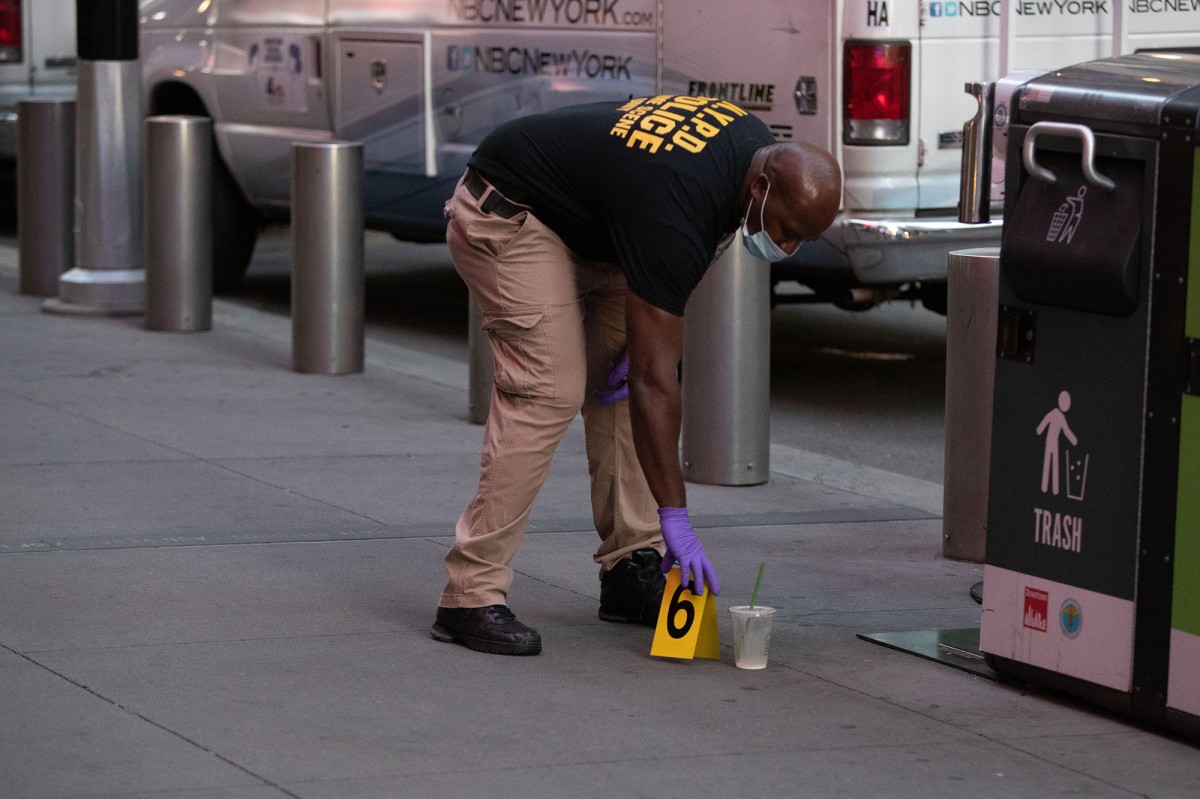 How conspiracy theories about the NYPD Shake Shack ‘poisoning’ blew up

The three cops at the center of the NYPD milkshake “poisoning” scandal never even got sick, and there wasn’t the slightest whiff of criminality from the get-go — but that didn’t stop gung-ho …

Gared said:
And yet, Portland PD takes the cake. Several hours ago they arrested a group of 12 protesters for jaywalking. They've been holding one of them since then, on the concrete, face down. After several hours, they finally called an ambulance. He was non-responsive and the AMR medic looked fucking pissed when they closed the doors and pulled away. For jaywalking.
Click to expand...

Ok, so we've rewatched the footage and it's not quite as bad as it looked earlier. The cops didn't leave this non-responsive dude on the pavement for hours, it was a new dude they had pulled out of the crowd for being on the sidewalk (which they declared to be illegal), who they only held on the ground for 10 minutes while they called a tow truck to remove someone's personal vehicle. Then they called an ambulance, and held the dude for an additional 10 minutes before they put him in the ambulance, then held the ambulance for an additional 5 minutes before following them to the hospital from the scene. New dude, twenty-five minutes instead of several hours, same result - non-responsive dude who was arrested for being on the sidewalk, slowly loaded into the ambulance, angry EMT closes door and ambulance slowly drives off.

The important thing to know is that the PD pulled a van up to block all of the streamers from seeing what happened between "dude is being arrested and calling out for someone named Maggie," and "dude is unresponsive on the ground." They blocked the line of sight with a panel van, blinded cameras with bright lights and strobes, moved several vehicles around, and when the scene cleared - unconscious dude.

Staff member
If they are doing nothing wrong they have nothing to hide.

Have now seen video of what occurred behind the police vehicles, from another streamer. Cops knelt on his neck until he had a seizure and went non-responsive.

Dave said:
If they are doing nothing wrong they have nothing to hide.
Click to expand...

We spent a fortune on police body cameras. Why haven’t they fixed policing?

Amid calls to rethink policing, body cameras remain a popular reform tool. But they remain locked within a larger system that resists transparency and accountability.

The chief of police of Seattle has just announced in a press conference detailing how her department is going to peacefully retake their 3rd Precinct building and clean out the CHOP zone that city council members have legislated away her officers' use of less-lethal options, so they'll be forced to use batons and guns tonight.

Quick! Legislate those away too!

Staff member
So did anyone else have "NASCAR addresses racist stuff quickly and effectively" on their 2020 Catastrophe Bingo card? Neither did I. Never thought NASCAR would be the ones doing it right. Richard Petty even showed up and made a very strong statement for Bubba. Kind of amazing and unexpected.

Dave said:
So did anyone else have "NASCAR addresses racist stuff quickly and effectively" on their 2020 Catastrophe Bingo card? Neither did I. Never thought NASCAR would be the ones doing it right. Richard Petty even showed up and made a very strong statement for Bubba. Kind of amazing and unexpected.

Never thought that would happen, especially when couple of years ago Petty himself said he'd fire anyone caught taking a knee.

Springfield Oregon is popping off tonight - as there is an official Police Support Parade / Anti-BLM march. The two sides are facing off as a racist old white bitch screams "don't fucking touch me," over and over again after repeatedly assaulting random other women in the crowd and accusing them of assaulting her husband. This is going to get incredibly ugly tonight. Right this instant I'm listening to an officer tell a protester - who is being arrested for one of those alleged assaults - that he was going to go easy on her tonight, but someone else touched him and said that they were with him, so now she has to be punished for that person's actions.

The man who was sent to the hospital from the Portland protest last night has been located. He is alive. He's in jail, but he is alive.
B

Fuck the Portland Police Bureau. During the protests two nights ago, a woman called to report her friend had gone missing after texting her "HELP" and describing a blue car that was kidnapping her off the street. The police refused to take the missing persons report because there was nothing suspicious in it and told her she needed to wait 48 hours to file a report. At the same time, the Police Bureau has been touting how they're working with the leadership of the protesters. The problem is, the leader that they're talking with not only isn't part of the leadership of the movement, he's not a member of the movement at all. He's a convicted child-rapist (case number CR1201765 ) using an assumed name and working with the cops to lead groups of protesters away from the main scene whenever things get out of hand, usually leading his groups into perfect spots to be kettled.

Staff member
Apparently the noose has hung in that stall since 2019 and it wasn't until Bubba was given the stall that anyone thought anything of it. Much ado about nothing, perhaps, but still it showed NASCAR wasn't fucking around with this bullshit. 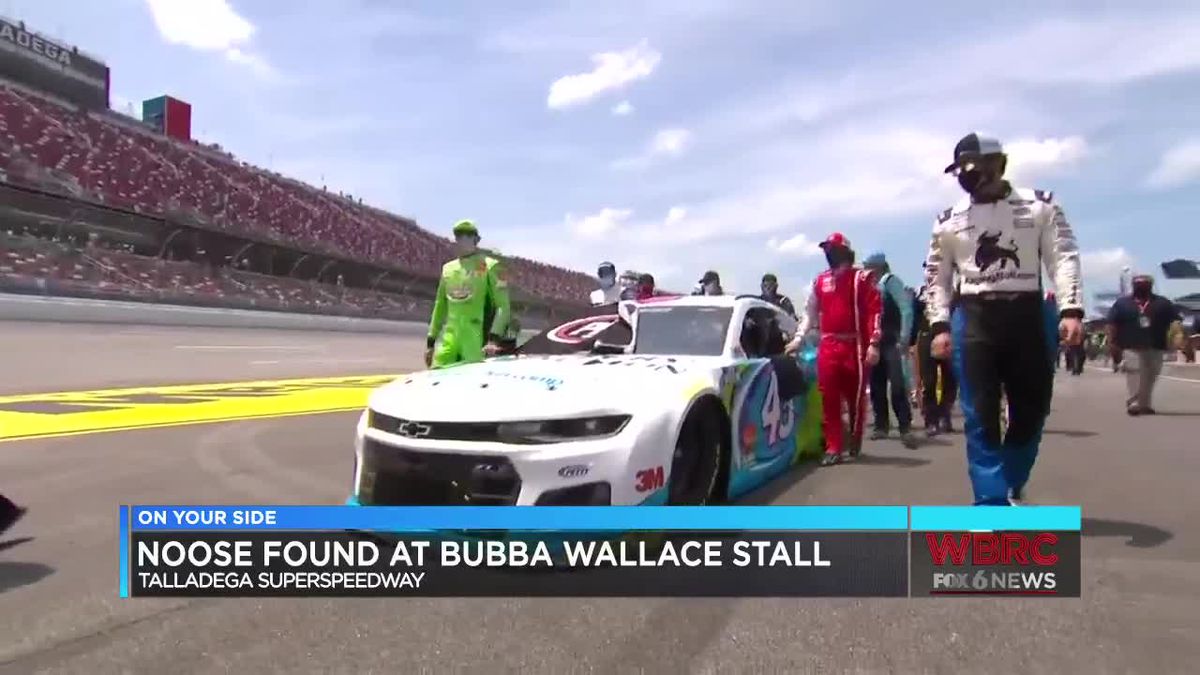 FBI: Video evidence shows noose found in garage of Bubba Wallace had been there since Oct. 2019

“Although the noose is now known to have been in garage number 4 in 2019, nobody could have known Mr. Wallace would be assigned to garage number 4 last week.”
www.wbrc.com
Show hidden low quality content
You must log in or register to reply here.
Share:
Reddit Pinterest Tumblr WhatsApp Email Link
Top