@bhamv3 have you changed your name to salmon yet?

I thought the appropriate nickname for someone like Bhamv was "goldfish".

EDIT 2- I realized I forgot part of the explanation

I was mostly referring to a popular Chinese pop song:
The song is about a guy trying to get a girl's attention, and not understanding "the minds of women". But the song is also known as "The Goldfish Song", because the first few lyrics "Hey little girl, look over here" can be interpreted two ways.
Last edited: Mar 18, 2021

I tried to watch a horror movie recommendation the other day, and when the two young ladies by the river started undressing, I got impatient, started fast forwarding, and eventually gave up and turned it off, frustrated at how long the love scene between them had gone on.

Fourteen-year-old me would have no idea just WTF was going on here.

I've been on a big Boy Meets World rewatch and it just dropped the best joke ever. Ready?

How did the astrologist cross the road?

ThatNickGuy said:
I've been on a big Boy Meets World rewatch and it just dropped the best joke ever. Ready?

How did the astrologist cross the road? 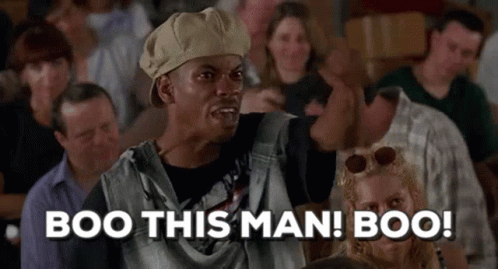 EDIT: More like "boo this show" now that I think about it.

Astrology puns are a Cancer.

MindDetective said:
Astrology puns are a Cancer.
Click to expand...

What do you think about a Real Housewives of Halforums? We could do it on Simcity!

I certainly sympathize, but pulling a gun on a Karen is still a bad idea. 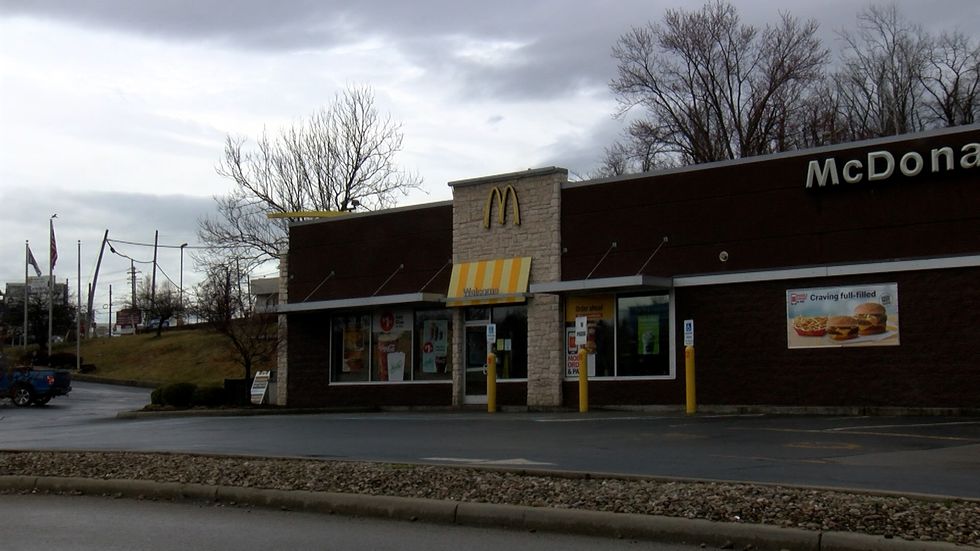 Westover Police responded to the local McDonald’s on Wednesday, March 10th after calls about a customer who refused to leave. But it was the employee of the fast food restaurant that ended up charged with a misdemeanor that night for brandishing a firearm.

Reddit's in the process of another meltdown.

This post from r/outoftheloop explains it better than I can.

The situation is as follows, the moderators of /r/Ukpolitics set the subreddit to private last night. This was not a decision they took lightly, but one that was made to protect both the users and moderators of /r/ukpolitics.

A moderator posted an article from the Spectator - which contained a three-word mention, in passing, of a minor British public figure ( who was expelled from both the Liberal Democrats and Green Party) - this moderator was permanently suspended from Reddit (and later reinstated after we contacted the admins) for "doxxing" as a result.

As they had no idea what had happened, or why posting this article resulted in a permanent suspension, the mods of /r/Ukpolitics took the emergency step of making the subreddit private and immediately contacting the admins for clarification. They took this step to protect both the users of the subreddit, and themselves, from further action by the Reddit admin staff.

It later became apparent that Reddit has hired the individual as an Reddit admin, and were banning people from discussing the employees past to protect their employee from harassment.

• Do not name this individual, at all. Doing so may result in your account being banned by the admins.

We are obviously extremely concerned by these developments and expect Reddit to explain this situation.
Click to expand...

A few more details:
The Reddit admin in question was apparently expelled from the Green Party for her father's conviction for abducting, torturing, and raping a child. Apparently the admin in question lived with said father at the time, but claimed to not have full knowledge of the kidnapping situation. Also, during the admin's political career, the father was hired as a photographer, which due to the nature of political campaigning would've put the father in situations where he's in the proximity of children and possibly photographing them.

Reddit's claiming that the removal of the article and the banning of the UKPolitics mod was done through an automatic process, to prevent doxxing. This has been called into question, though, because it's very unlikely that Reddit has automated systems reading through every single article linked to the site, just to check if certain key words appear. Furthermore, the article was on the UKPolitics subreddit for several hours before it was removed by an admin and the moderator banned, which suggests the removal and banning were manual actions.

This admin is transgender, which adds a dimension of transphobia and LGBT protection into the discussion.

The Streisand effect is now in full swing. People who had no idea this particular admin existed, or that Reddit had hired this individual, now know a whole lot more.
Last edited: Mar 24, 2021

bhamv3 said:
The Streisand effect is now in full swing.
Click to expand... 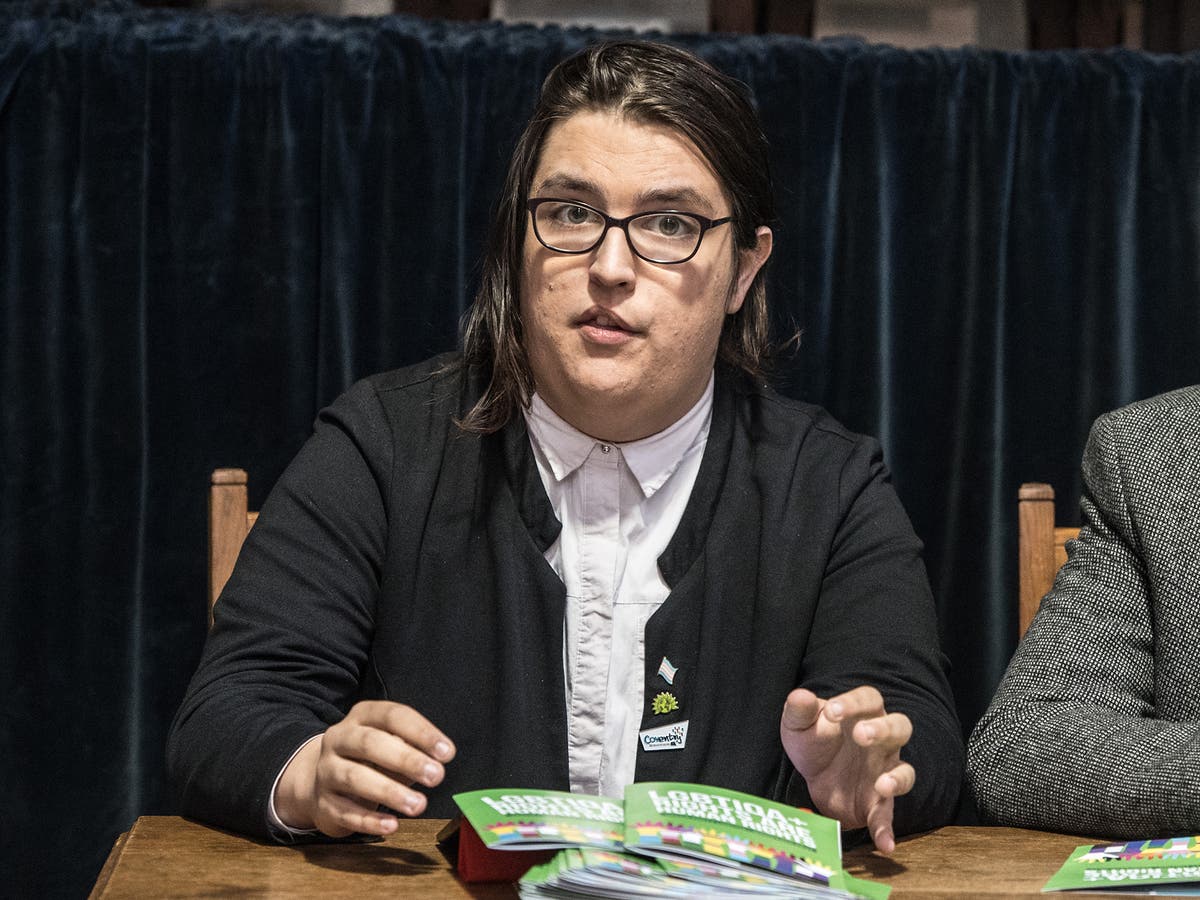 A bunch of subreddits have gone private in protest. The biggest of which is probably r/Music.

Found a new song I hate.

I went and listened to (the first minute) of this, because I'm apparently a masochist. It's not... like ear-bleeding-ly bad, but it's vapid, they've done some incredibly weird post-processing to the vocal line, and the verse has like three notes, it's practically a chant. It's boring and dumb, but it's just rather beige - it elicits no emotions from me whatsoever, it barely registers a 'meh.'

So, given my 'meh'-ness about it, I'm curious what inspires the hate?

Good News: Got my Tax ID verified so my refund is ON its way!

Bad News:...gotta...wait nine more weeks for it...UGH-I want my money! Also the Stimulus check that I may or may not be getting.

Dirona said:
It's boring and dumb
Click to expand...

Basically this and it would be just a meh for me too. But after listening to it multiple times because it feels like every station is playing it I really started to dislike it.

chris said:
Basically this and it would be just a meh for me too. But after listening to it multiple times because it feels like every station is playing it I really started to dislike it.
Click to expand...

Aaaah, that makes complete sense. Thank you, I was curious.

Staff member
As a dude who worked in AM/FM radio for 16 years... it really mystifies me that anyone still listens to AM/FM radio.

It's called the Canada Music Effect, a term I just invented. In Canada you can only play a foreign song 18 times a week on the radio. As such, the moment a Canadian song becomes popular, it will be played twice an hour for nine years.

GasBandit said:
As a dude who worked in AM/FM radio for 16 years... it really mystifies me that anyone still listens to AM/FM radio.
Click to expand...

How else would I learn about football or the seven signs of evil?

HCGLNS said:
How else would I learn about football or the seven signs of evil?
Click to expand...

By watching live, and by reading the political program of the conservative party.

Bubble181 said:
By watching live, and by reading the political program of the conservative party.

GasBandit said:
As a dude who worked in AM/FM radio for 16 years... it really mystifies me that anyone still listens to AM/FM radio.
Click to expand...

The primary reason is that many work vehicles don't have CD players or AUX inputs in them.

jwhouk said:
The primary reason is that many work vehicles don't have CD players or AUX inputs in them.
Click to expand...

This is why the lord did bequeath unto us cigarette-lighter mounted bluetooth FM transmitters.

Like this one, which I got when the shitty bluetooth in the shitty Ford Escape I was assigned as a work vehicle stopped working.

And what if, say, your employer forbids the use of Bluetooth in your bus... er, vehicle?


There is a USB port connected to the Media input in my bus, so I'm good with my USB stick & music library. Just don't tell anyone, k?

I'm the weird guy who prefers not to listen to any music at all in the car.

Tinwhistler said:
I'm the weird guy who prefers not to listen to any music at all in the car.
Click to expand...

I'll be weird with you. I do listen to audio books and I put music on for everyone else in the car if I am not alone.

I usually don't listen to music except for particularly long drives.

I'll tell you though, singing along to the entirety of the Wicked soundtrack over the course of one car trip is very enjoyable.

I think I put on one of my wifes t-shirts by mistake. It's very tight, but extra soft. Stupid glasses and getting dressed in the dark.

How does it fit through the chest??