I'm editing a translation of a scientific paper, and it involves some graphs and charts, and one graph looks exactly like an outline of Batman hanging upside down, and it kills me that I can't share it with you guys due to non-disclosure requirements.

bhamv3 said:
I'm editing a translation of a scientific paper, and it involves some graphs and charts, and one graph looks exactly like an outline of Batman hanging upside down, and it kills me that I can't share it with you guys due to non-disclosure requirements.
Click to expand...

The graph actually looks a bit like this, painstakingly recreated in a program that was definitely not meant for drawing graphs. 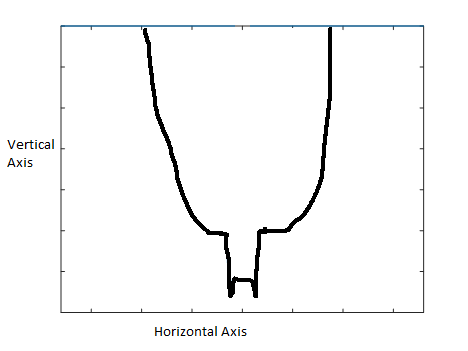 Staff member
I took last thursday off because I had run out of work to do.

The work that my boss scrounged up for me that was supposed to take friday and today, I finished friday in 3 hours. So I'm taking off today too.

When I run out of vacation hours, I need to remind myself to slow the hell down. I'm not salaried anymore.

One of our external clients found me on our internal messaging app. My work machine has gremlins clearly.

GasBandit said:
When I run out of vacation hours, I need to remind myself to slow the hell down.
Click to expand...

Think of all the additional landscaping you could do.

PatrThom said:
Think of all the additional landscaping you could do.

So, this is happening: 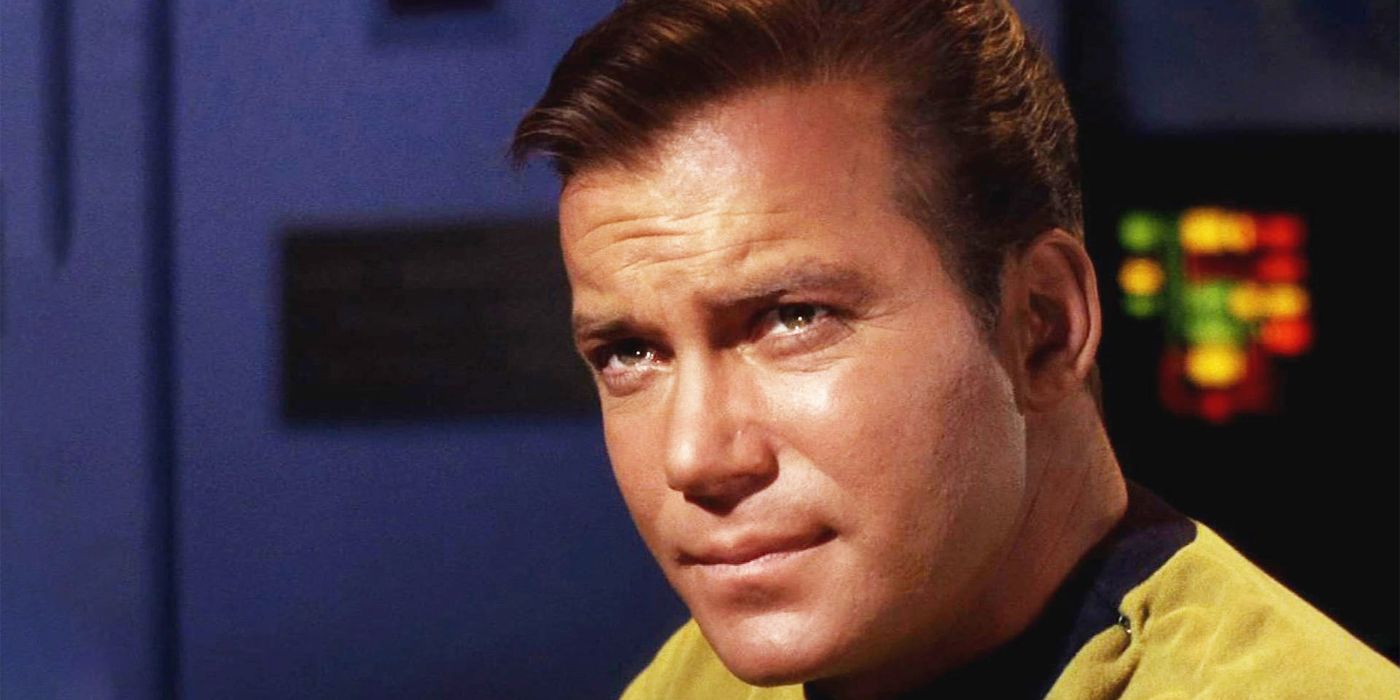 I’m worried with the outage that we’re gonna be overrun with people from the very popular PvP Facebook group.

blotsfan said:
I’m worried with the outage that we’re gonna be overrun with people from the very popular PvP Facebook group.
Click to expand...

Is there actually one of those? I’ve never looked.

I've been avoiding social media lately and it wasn't until 4:30 pm that I learned Facebook was down. I'm personally pleased.

Staff member
Today at work my trainer was showing me how to flush a line on one of our vats. He said it was very important to bleed the lines or the thing would explode off of the line and be potentially dangerous. First thing he did when we got there? Unhooked the hose without bleeding the line. So the thing fucking exploded out at us and we got soaked with erythmatol, which is a sugar alcohol. So it wasn’t anything dangerous but it was sticky and wet and SMELLED! 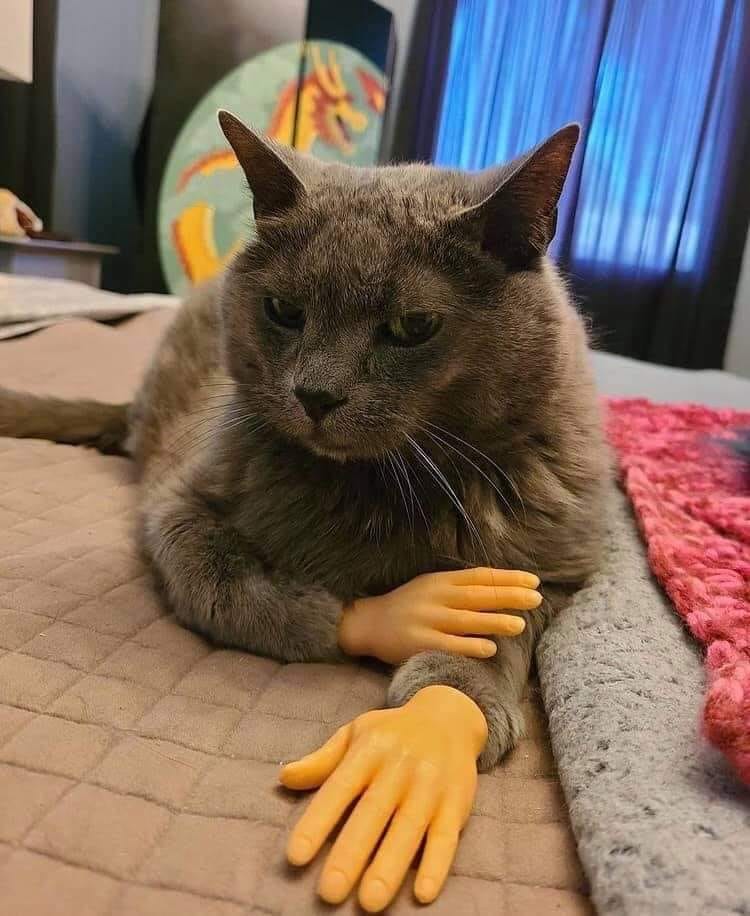 I am evil. I dropped off lunch to my kid while singing loud pop music from my car. She’s into metal so it was maximum shame.

I'm on short-term disability until at least Oct. 24.
It both sucks - I managed to run 2 whole errands today! On my own! And was out of the car for like 20mins!... then I came home and slept for like an hour - and there are so freaking many dr appointments.
But it also kicks ass - I've given notice at work and my last day is late November, so I've managed to avoid 2 of the mandatory 3 months of awkwardness, which is fabulous.

I forgot to snap a picture before Mr. Z put up the new drywall, but there are some very life-like (albeit plastic) skeleton bones sitting inside our wall now. If anyone ever renovates that wall, they're probably going to piss themselves.

Celt Z said:
If anyone ever renovates that wall, they're probably going to piss themselves.

You should have put a note under the carpet, too.

PatrThom said:
You should have put a note under the carpet, too. 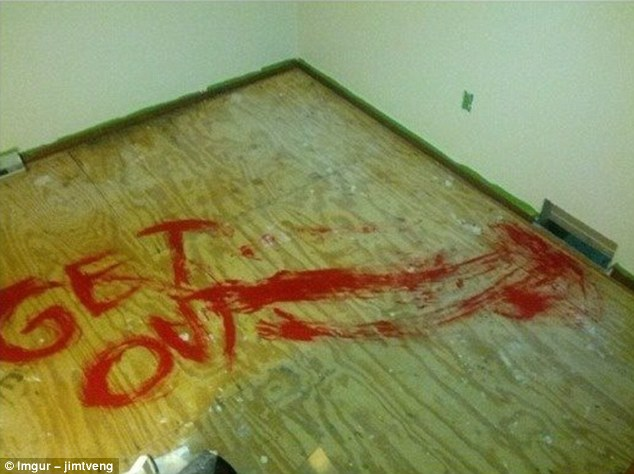 Staff member
Ha ha ha, vacation's over! The junior guy in our department (who IS vaccinated, albeit with J&J because he bought the mRNA fear BS) just tested positive for covid. So I'll be taking over his work.

It's too bad he was working on a shit project with our worst project manager and the least reasonable of clients. Ugh, this is not going to be a fun week.

Today, in the men's room at work, I heard someone in one of the stalls tearing off a length of duct tape, and then loudly blowing his nose. Even weirder, this sequence of actions was repeated about 3 or 4 times.

I'm trying to fathom what he was doing in there.

Taping his boogers to the wall?

Restraining them to the wall you mean?

Getting ready for Devils' Night?

Dave Chappelle has his final special out. Third time in a row he spends nearly the entire God damn thing whining about trans people. People not liking his transphobic bullshit really messed him up.

As a comedian you either die a Hedberg, or live long enough to see yourself become the Seinfeld.

If there's anything comedians can't fucking handle it's criticism of any sort. He was criticized over his transphobic nonsense, decided to quit comedy and just make lectures letting everyone know why they're wrong and why telling him his willfully ignorant (don't tell me it's anything else, Dave has always been a laser guided missile with his comedy and choice of words to get SO much obtusely wrong) bullshit is in fact bullshit is cancel culture.

He finishes the whole thing off by saying he won't be making LBTQ jokes anymore (then makes THE ONE JOKE immediately afterwards) until he's sure everyone's laughing together.
Last edited: Oct 6, 2021

George Calin, referring to Andrew Dice Cay in this old interview, talked about comedy like this. Personally, I see comedians kind of like a jester character in Shakespearean plays: they're there to mock those in power. Unfortunately, there are some that feel offensive comedy also means punching down at marginalized groups. And that's never sat well with me.

All his money has been made by him being that, unfiltered.

Remember, a lot of regular black guy culture is extremely (often violently) homophobic, and to a lot of offnet people, trans is just gay with extra paprika. It's just another way people can be un-normal, conveniently all lumped into the same bin.

Everybody's got their prejudices. If all goes well, society teaches you what is and isn't acceptable. But that's a filter. And Dave has been trained to discard filters. So.. yeah. Do I agree with what he says? No. Do I know how he came to say it? I can easily suppose.

Hilariously, he uses a "I have a black friend" defense with trans people and I'm not 100% he was aware of the irony the way he delivered "the joke".

I've loved Dave Chappelle's comedy for decades and I would hate to call this last special a comedy special because he actually doesn't make jokes and just lectures. It's real bad and I'm glad even he says he needs a break because this special was fucking dire. Take a look in the mirror, stop worrying about your 'cancelled' millionaire friends (the putting the blame on Harvey Weinstein's victims for not doing enough before now, fuck off) more than the power of your words to your millions of fans and realize you're doing to trans people what you've spent your whole career pointing what white people do to black. Telling trans people to stop punching down at his community. WHO IS HE TALKING ABOUT? Does he mean the black community, as he would claim? Black trans people are the most widely victimized of an excessively victimized group. Stop acting like being trans is a wholly white thing.

But yeah, Gas is right. Dave's just there for cis black men.

It pisses me off that he's wound up so tightly in his own bigotry that he's made several SHITTY 'comedy' specials in a row that focus directly on them instead of being one of the greatest comedians of all time. Punching down sucks and it isn't funny. It's always shitty.
Last edited: Oct 6, 2021

I just read this and I thought I would share it here, from a queer black person.

From where I sit, the thing a lot of people need to realize about Dave Chapelle is that the only thing special about him, the only thing, is that he watered down traditional Black comedy enough to be palatable to white people.

I will never understand it (I do, but that's for another thread), why white people love this man so much.

But when you've grown up as a Black Queer person, you know...this particular erasure he employs on Black Queer people (particularly Black Trans people) is intentional, and it is the point.

When he says, "stop punching down on my community," which is something he's been saying for years now, he wants you to buy into his framework that Queerness/Transness, and the pursuit of liberation for LGBTQIA+ in general, is inherently anti-Black. In order for that to work, he can't acknowledge that his own people, by our own birth, can be Queer/Trans. That's gotta get swept under the rug. It's another ploy of the white devil.

(And to be clear, there are some prominent white patriarchal forces within these Queer movements that desperately want these movements to be anti-Black, but that too is for another thread. Y'all ain't ready.)

And if you've grown up Black and Queer, you know why. Because he's a hotep. Plain and simple. He's always been a hotep. I'm so sorry to break it to y'all. This is hotepery of the highest degree. There must have been a disturbance in the Game of Hotep because he's now making a play for the iron throne.

And the only thing I can ask, is that a lot of y'all stop engaging in this debate on his terms. Dave Chapelle wants you to forget that Black Queer people exist.
Click to expand...

A the airport ready to fly home in 7 hours!

HCGLNS said:
A the airport ready to fly home in 7 hours!
Click to expand...

Curious to find out how many more bears have colonized your house since you left?

Happy with less than 4. Though I did walk my legs off trying to find rare bears in this quaint place.
Show hidden low quality content
You must log in or register to reply here.
Share:
Reddit Pinterest Tumblr WhatsApp Email Link
Top